On Monday evening September 2, deputies arrived at a Gobles home after being called to the scene of a domestic dispute. Upon arriving, authorities located numerous meth labs on the property, according to a news article at Mlive.com. A two-year-old girl was removed from the home when deputies suspected the girl’s mother, who is 29 years old, was under the influence of methamphetamine. 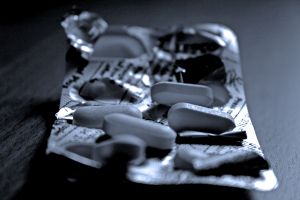 A 24-year-old male was allegedly involved in the domestic disturbance, however he was not present at the residence located in the 300 block of E. Main Street when police arrived. Upon seeing the 2-year-old girl, deputies contacted Children’s Protective Services; the toddler was temporarily removed from the suspect’s custody.

The woman gave her consent for deputies to search the home; upon executing the search, they discovered gas generators in the garage area of the home, and several one pot methamphetamine vessels. The Van Buren County Narcotics bureau collected the meth lab components for disposal. The bureau’s report will be sent to the Van Buren County Prosecutor’s Office for review so it can be determined whether charges of operating and maintaining a meth lab may be filed.

Methamphetamine is a Schedule II drug, which means the penalties for a conviction of maintaining or operating a meth lab are extremely serious. Penalties may include fines of up to $25,000, up to 20 years in prison, or both. Penalties may be even more severe depending on other factors such as criminal history, where the alleged offense took place, or whether the accused had firearms in his/her possession. In recent years, police and prosecutors have become over-zealous in their pursuit of individuals who allegedly create or manufacture drugs, often prosecuting innocent people for possessing ingredients which may be used in the manufacture of meth such as ephedrine and pseudoephedrine.

Any individual who is accused of maintaining or operating a methamphetamine lab must seek capable legal counsel immediately. Contact a skilled and aggressive Michigan drug crimes attorney who will begin work on your case at once in an effort to protect your freedom and avoid the harsh punishment of a conviction.