In December of 2012, 46-year-old Donna Turner was arrested and charged with one count of open murder after allegedly stabbing her boyfriend to death. Keith Walton died of a stab wound which severed his femoral artery as he was attempting to leave the Ypsilanti apartment the couple shared, according to a news article at Annarbor.com. 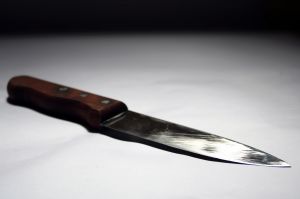 Now, Turner is scheduled to go on trial for the murder on October 7 in front of Washtenaw County Trial Court Judge David Swartz.

The two had been arguing according to police. Prosecutors allege that Turner walked from the living room into the kitchen when the victim grabbed his coat to go to a friend’s home where it was planned he and a friend would have a few drinks and watch a movie. As he walked past Turner, she allegedly stabbed him with a large kitchen knife. An ambulance arrived on the scene and transported Walton, who was 45, to St. Joseph Mercy Hospital where he succumbed to his injury a short time later.

Detective Sgt. Thomas Eberts said there was no evidence to support a physical altercation had occurred prior to the stabbing, and that Turner did not indicate she was being assaulted by the victim. Dianna Collins, Washtenaw County Assistant Prosecutor, called the incident as “unprovoked stabbing.”

Turner has been held without bond since her arrest in the Washtenaw County Jail. If convicted, she faces a maximum sentence of life in prison.

Michigan homicide defense attorneys know that open or first-degree murder is the most serious charge an individual may face. These cases are highly complex; without the legal support and guidance of a seasoned lawyer, defendant’s are likely to spend the remainder of their lives behind bars.

If you or a loved one have been accused of or charged with first-degree murder, voluntary or involuntary manslaughter, or any homicide related offense, consult with an aggressive Michigan criminal defense lawyer immediately.