On September 2, 28-year-old Maria Milam of Lawton was arrested after allegedly forcing her way into a Dowagiac home, assaulting the man who lived there, and taking a child. Authorities received a call from the man, who told officers about what had happened. 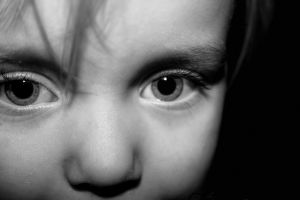 According to a news release, director of the Dowagiac Public Safety Department Steve Grinnewald said that officers were informed of the incident at around 10 p.m. The man lives in the 500 block of Hill Street, and claimed that a woman had forced her way into his home, taking a small child. Apparently the man described the vehicle the woman left in to officers, who located it a short time later and conducted a traffic stop near Dewey Street on Colby. Milam was arrested and charged with home invasion, domestic violence, and driving on a suspended license.

It was revealed in a later news article at Mlive.com that the child belonged to both the alleged victim and Milam, although the two do not live together according to police. Police continue to investigate, and the unharmed child was returned to the home. Milam was arraigned in Cass County District Court on Tuesday September 3, and is being held on a $5,000 bond at the Cass County Jail.

As experienced Michigan home invasion defense lawyers know, breaking and entering could leave an accused individual facing serious criminal penalties. A felony offense, anyone who uses force to enter a home or building may be convicted of this crime. Even accessing a home through a partially open window or door may be considered home invasion. Depending upon whether the defendant in this case was charged with first-, second-, or third-degree home invasion, penalties range from any number of years in prison to up to 20 years in prison along with fines of as much as $5,000.

Anyone who has been arrested or charged with breaking and entering or domestic violence should take action immediately by contacting a highly qualified Michigan criminal defense attorney.