In November of 2007, former Illinois state trooper Matt Mitchell caused an accident which resulted in the deaths of Jessica and Kelli Uhl. Mitchell pleaded guilty to reckless homicide after crossing the median on Interstate 64 and crashing into the victims’ car. This resulted from talking on a cell phone while driving at speeds of more than 125 miles per hour according to a news article at ksdk.com. 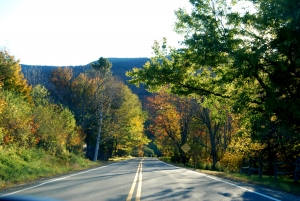 Mitchell was sentenced to 20 months probation; he also lost his driver’s license. In July, Mitchell appealed to have his driver’s license reinstated for the fourth time, saying that he must have his license to work and to support his family. Mitchell, who now lives in Texas, said that a license was necessary to seek employment, to sustain his life, and to provide for his daughter. At his appeal, Mitchell stressed to the panel that he was not a risk-taker, reckless, or a monster.

The victims’ family members were present in court; they maintain that the revocation of Mitchell’s license was part of his plea deal, and that he should not be given the privilege to drive.

Mitchell’s request to have his license reinstated was recently denied. The accident involving the Uhl’s was his third as a state trooper.

In Michigan, as it appears in Indiana, having a drivers license reinstated following multiple driving offenses is difficult at best. It is certainly devastating to be involved in an accident which takes the life of someone, however having the privilege to drive is a necessity.

Drivers licenses are often suspended or revoked in Michigan when individuals have multiple DUI or drug offense convictions. Getting your license back is not easy; in fact, far from it. To have your license restored, it is necessary to file an appeal with the DAAD (Secretary of State’s Driver Assessment and Appeal Division). Even then, it is critical that you have a highly experienced Michigan drivers license reinstatement attorney who can guide you through the complex process.

Ultimately, appealing the suspension or revocation of your license involves documentation and evidence to support your case. You must submit reference letters and have a substance abuse evaluation performed. All of this must be in perfect order, and even then there is no guarantee your license will be reinstated. It is essential to have the support and guidance of a capable lawyer to ensure the best chance of having your privilege to drive restored.