Two brothers, 18-year-old Tyler J. Livingston and 20-year-old Tony R. Livingston, have been charged with maintaining a drug house and manufacturing or delivering illegal drugs following an April raid of their home and a homemade fort located in the backyard. 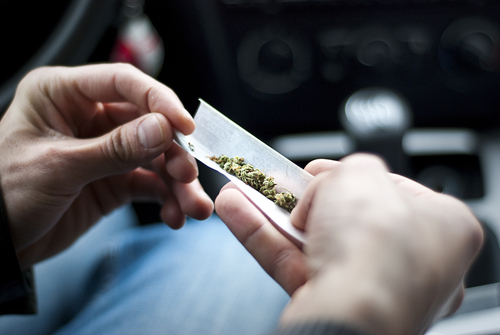 Officers with BAYANET (Bay Area Narcotics Enforcement Team) executed a search warrant on April 11. The Essexville home, located at 216 Marshall Street, is where officers allegedly found the two brothers and five other people smoking marijuana and laughing inside the fort in the backyard, according to court records.

Upon searching the premises, officers allegedly seized 38.3 grams of psilocybin mushrooms, a digital scale, 27.1 grams of marijuana, a cell phone, and $1,722 in cash. Tyler Livingston admitted to selling mushrooms and marijuana to school friends, while Tony Livingston admitted only to smoking marijuana. Both brothers pointed the finger at the other, Tyler saying that Tony procured all of the marijuana and mushrooms, while Tony claimed that all of the drugs recovered in the raid were Tyler’s. Tony Livingston also alleged that $1,100 of the money officers seized in the raid was from a Pell grant he received for school.

Tyler Livingston is set to appear in Circuit Court on Monday October 7 before Judge Joseph K. Sheeran, after waiving his right to a preliminary hearing in August. Tony Livingston’s preliminary examination date was pending as of a September 25 news report at Mlive.com.

Michigan drug crime attorneys know that those accused of manufacturing or delivering Schedule I or II drugs in the state or charged with maintaining a drug house face extremely serious consequences. Depending on the type of illicit drug or narcotic involved and amount, penalties can include a substantial number of years in prison along with tens of thousands of dollars in fines. Police and prosecutors crack down hard on drug offenders in the state in their efforts to win the ongoing drug war.

If you have been accused of any drug offense, no matter how minor or serious it may seem, your first step in protecting your own freedom should be to contact a capable and aggressive Michigan drug crime lawyer.