In the state of Michigan, a charge of drunk driving may lead to suspension of your driver’s license. Even a first-time offense may result in a 30 day suspension. Repeat offenders face having their license revoked, which is even more serious – one step away from the death of your driving privileges. Many motorists feel that driving is a right, when actually it is a privilege. Most people give little thought to the impact losing their license would have on their life; however, when it does happen the consequences can be serious. Not only will employment be placed in a precarious position due to the inability to drive to and from work, the costs of having driving privileges reinstated are substantial – not to mention the process complex, and without guarantee your license will be restored. 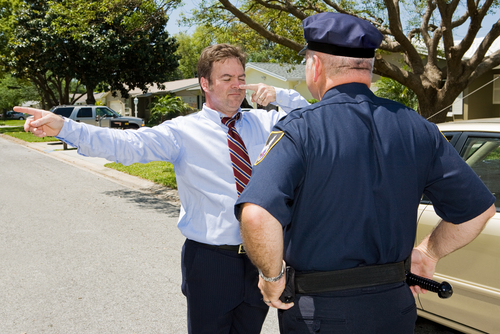 Recently, a 30-year-old Plymouth man was arrested after the Oakland County Sheriff’s Office received a call informing officers that a man had come into a Lyon Township convenience store and was urinating in a walk-in cooler. An officer who was nearby responded to the call, and observed the man as he struck a curb on Pontiac Trail after swerving in and out of lanes. Upon pulling the suspect over, the officer administered a breath test and field sobriety tests, both of which the man failed. His BAC at roadside measured 0.21, considered Super Drunk or high BAC in Michigan, well more than twice the legal limit of 0.08%. After being arrested and taken to the South Lyon Police Department, his BAC registered 0.19, still above the 0.17 necessary to be charged with a high BAC drunk driving offense.

While it’s highly likely the man’s driver’s license was suspended, other penalties also apply when arrested for high BAC OWI. Jail time, fines of up to $700, vehicle immobilization, mandatory alcohol treatment, and community service are some of the penalties an individual may face. An individual convicted of a high BAC offense will have his or her license suspended for one year, with restricted driving permitted after 45 days.

An experienced criminal defense attorney who specializes in DUI offenses can often protect clients from severe penalties, and file for a conditional license as well. Regardless of the reason your driver’s license has been suspended or revoked, consult with a capable Michigan driver’s license reinstatement lawyer who is successful in having driving privileges restored.