Last week, 34-year-old Reneco Michelle Graus was charged with felony and first-degree murder after allegedly setting an apartment complex on fire in May of 2010. 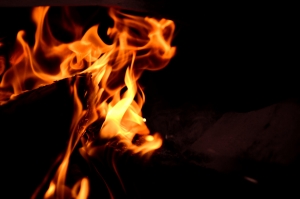 Graus is accused of setting the Highland Park apartments on fire, resulting in a 64-year-old man who lived in the building jumping to his death. According to a news article at CBS Detroit, the defendant set fire to the door of one of the 56 units; 120 tenants were said to be in 42 of the apartments at the time the fire was set.

The fire spread through the complex, trapping 64-year-old Raymond Jordan on the 4th floor. He jumped after firefighters who arrived on the scene could not reach him. The Highland Park complex was located in the 270 block of Richton. News reports do not indicate why Graus set fire to the door of one of the units. More details are expected to be released following Graus’s November 5 preliminary examination.

The defendant in this case faces extremely serious criminal penalties if convicted. While first-degree premeditated murder is a life offense, assault with intent to murder may also leave an individual facing any number of years up to life in prison. No motive was given in news articles, however it is critical that Graus hire a highly experienced Michigan criminal defense attorney to have any chance at all at escaping conviction and the serious consequences that may result.

Regardless of how serious or violent a crime may seem, every person in the U.S. has the right to a fair trial under the Constitution. Until proven guilty, a defendant is innocent. Any person who is arrested or charged with a crime must obtain the support of a compassionate defense lawyer who will protect the client’s legal rights and work toward obtaining the best possible outcome.