During the afternoon hours of Christmas Eve day, a 36-year-old Detroit man lost his life following a dispute over a dog, according to news reports at Mlive.com. James Buckman was shot twice in his left side, and was pronounced dead upon his arrival at a local hospital. 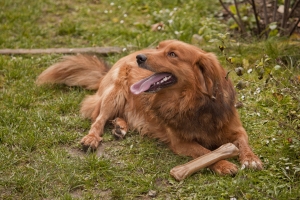 Detroit Police Officer Adam Madera of the Public Communication Office told reporters that based on the investigator’s file, the suspect, 43-year-old Floyd R. Pennington, accused Buckman of threatening to run over his dog. Madera said that the two men began to argue as Pennington was sitting inside a pickup and Buckman was standing beside the vehicle. The suspect then pulled out a weapon and shot Buckman two times in his side. Pennington then fled the scene and was eventually apprehended by police and arrested.

Pennington was charged with possession of a firearm during the commission of a felony, and open murder. He was arraigned on December 26 and according to the Wayne County Prosecutor’s office held without bond.

Authorities say this is the second death which has occurred in the area over the past two weeks involving a dispute over a dog. 28-year-old Charles Simkins of Walled Lake allegedly shot Edwin Chrispell on December 17, piercing his femoral artery. Chrispell bled to death. According to news articles, Simkins is a dishonorably discharged marine who became involved in a dispute with Chrispell when his own dog disappeared. Chrispell allegedly took the dog in after it was roaming loose in the neighborhood. The two men became involved in a physical altercation when Simkins found his dog with Chrispell.

Open murder is a very serious charge in Michigan; if a jury determines the defendant should be charged with first-degree murder, penalties if convicted include life in prison. Even when someone is charged with second-degree murder, a conviction can leave the defendant facing any number of years up to life behind bars. It seems as though in these two cases that extreme anger led to violence, although it isn’t likely that either defendant intended to commit murder.

When accused of murder, should you plead guilty or no contest, or go to trial? Michigan criminal defense attorneys know it all depends on the facts of an individual’s case. It is critical to seek the support and guidance of a skilled defense lawyer, who can explain your options and work with you to determine the best approach so that positive results can be achieved. Never face serious criminal charges without capable legal counsel; doing so could literally result in a loss of freedom, ending life as you know it.