On December 12, 27-year-old Senaz Nezami died after suffering fatal injuries in a domestic violence assault inflicted by her husband, 34-year-old Nima Nassiri, according to news reports at Upper Michigan’s Source. 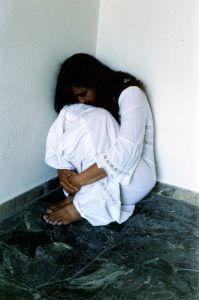 According to news articles, the Houghton County Sheriff’s Department began investigating after police received a call notifying them of a possible domestic dispute just before midnight on December 7. Nassiri was taken into police custody at that time, where he remained in the Houghton County Jail on a $5 million bond.

Nassiri’s wife was initially taken to Portage Hospital for treatment of her injuries; she was then transported to Marquette General Hospital, where she died on December 12 as a result of her injuries.

At his December 20 court hearing, Nassiri waived his right to a preliminary hearing within 14 days. He is scheduled to be back in court for a preliminary exam on January 13.

As most people know, accusations of murder are extremely serious. While first-degree murder is the most serious offense of all homicides, second-degree murder can also leave the accused facing life behind bars. In the state of Michigan, second-degree murder is considered any murder which is not premeditated, or which may be committed in the commission of a criminal offense including larceny, carjacking, arson, home invasion, and more. Ultimately, an individual found guilty of second-degree murder may face any number of years up to life in prison, as determined by the court.

In many situations, it may be possible to avoid charges or have charges reduced by working with a qualified Michigan criminal defense attorney early on. Anyone who has been arrested or is under investigation should consult with a skilled defense lawyer immediately to achieve good results.