February is one of the most anticipated months of all, particularly for football enthusiasts who have waited for yet one more Super Bowl Sunday. Unfortunately, the Super Bowl seems to correlate to a sharp rise in crime, particularly DUI, scalping tickets, assault, rowdy behavior, and yes, even sex trafficking. 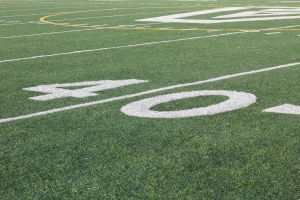 Here’s a quick overview of past crimes which occurred on Super Bowl Sunday, and what authorities are on the lookout for in 2014:

In 2011, dozens of people were arrested for driving under the influence; in fact, Maryland troopers arrested 42 individuals suspected of drunk driving and issued more than 1,600 warnings. Every year law enforcement in the cities surrounding where the Super Bowl will be played are on the lookout, watching for those leaving house parties, bars, and even the stadium itself.

Ticket scalping is another activity which can leave someone facing criminal charges. While it isn’t a crime to buy a fake ticket, those doing the selling could be charged with fraud. In 2013, a Gainesville, FL man advertised Super Bowl tickets on Craigslist, claiming to couldn’t make it to the big game. A couple paid for the tickets, and received a piece of paper in the mail on which was written, “Go Ravens! LOL!” The man, 37-year-old Robert Pham, with obtaining money by false pretenses and grand theft.

Assault and rowdy behavior can also leave you on the inside (of a jail cell) looking out. In 2010, Warren Sapp (retired Tampa Bay Buccaneer) was arrested after allegedly assaulting his girlfriend inside the couple’s hotel room. He was charged with misdemeanor battery one day before the big game, and yanked by ESPN where he was scheduled to analyze the game.

You may not be aware of the fact, but rowdy behavior, throwing food, drinks, or other items, or picking a fight could get you arrested or kicked out of the game. Avoid harassing other people or otherwise spoiling the fun; you could be arrested for assault if things get out of hand.

It may (or may not) come as a surprise to you, but sex trafficking has been a huge concern on Super Bowl Sunday for years. This year, officials in New Jersey have scheduled training for students, airport employees, law enforcement personnel, hospitality workers, and others to help them identify potential signs of sex trafficking. Many people go to the Super Bowl not to enjoy the game, but to pick up women, or even minors who are underage and being forced into sex.

The takeaway? If you plan to attend the Super Bowl, be aware of your surroundings, and act as a responsible adult so you can enjoy the game and not find yourself facing criminal charges.