On Sunday January 26, 37-year-old Amber Alexander was found dead in the driveway of her home. Alexander allegedly sustained a knife cut to the throat and head trauma after becoming involved in an argument over crack cocaine with 26-year-old Brian R. Turner of Flint. Turner is now facing charges of first-degree murder in Alexander’s death, according to news reports at Mlive.com. 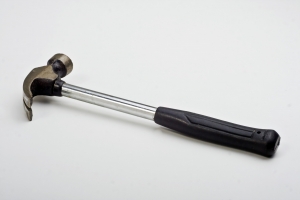 Flint police Sgt. Jason Cate testified that Turner and Alexander were smoking crack cocaine in the defendant’s car when the victim accused him of stealing drugs. Turner then cut Alexander when a struggle ensued during the argument. The defendant went inside Alexander’s house where he retrieved a hammer, came back outside and allegedly struck Alexander in the face and head multiple times.

Michigan State Police received a description of Turner and troopers began to search for him; he was apprehended shortly thereafter near I-75 in the area of Corunna Road. Upon searching his vehicle, police located the victim’s purse, a hammer and knife, and what appeared to be blood.

In addition to first-degree murder, Turner is facing charges of maintaining a drug vehicle and home invasion.

First-degree murder is an extremely serious charge, leaving the accused potentially facing life in prison if convicted. Undoubtedly in this case the crime was committed in the heat of an argument; individuals who engage in drug activity or consume substantial amounts of alcohol often find themselves facing criminal charges, as circumstances often spiral out of control when illicit substances or alcohol alter someone’s state of mind and ability to reason.

In order to overcome allegations of murder it is critical those accused consult with a capable and skilled Michigan criminal defense lawyer at once. While murder is the most serious offense a person may be accused of, a talented defense attorney will work to ensure the best possible outcome whether it involves having charges reduced, agreeing to a plea deal, or obtaining a not guilty verdict at trial. Protect your legal rights and freedom by speaking with an attorney immediately.