In January of 2012, Benjamin French was sentenced to life in prison for allegedly killing an MSU student and his roommate in the course of an armed robbery involving drugs. The double murder occurred on March 25 of 2010; the victims were Owen Goodenow and Darren Brown Jr. 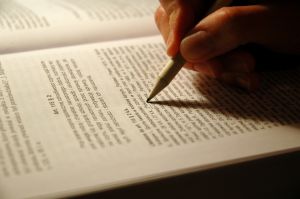 French, who is now 25 years old, appealed his conviction. Recently, a three-judge panel upheld the convictions for armed robbery and murder, according to a news article at The Lansing State Journal. Another man, David Marion Jr., is serving 40 to 60 years after pleading guilty to two counts of second-degree murder in the case.

Testimony in court indicated that Brown and Goodenow sold marijuana. According to detectives, French and Marion planned to set up a drug buy from Goodenow. They would get him to open his safe, then shoot him. Brown, who was 18 years old, came home unexpectedly early after attending class at MSU. Both of the victims were shot in the head.

In appealing his conviction, French argued that police did not have a warrant when they listened in on a telephone conversation between himself and Marion, and that this was illegal. He also argued that the calls should not have been allowed at trial, because they originated in Illinois, a state where all parties involved must agree before phone conversations may be recorded.

Marion had signed an FBI consent form prior to the phone calls with French, and agreed to investigators recording the calls. The appeals court found that when one party consents to the monitoring and recording of telephone conversations, a warrant is not needed. His request to have his conviction overturned was denied.
Appealing a criminal conviction or sentence is a process which requires the skill and ability of an experienced Michigan criminal appeals attorney. It is not often the appeals court overturns a conviction or sends a case back to court for resentencing. To have the best possible chance of success, the quality of lawyer you choose is paramount.

If you have been wrongfully convicted or feel errors were made by prosecutors, a judge, or even a jury, which led to your conviction, contact a highly regarded criminal appeals lawyer who will review your case to determine if you have strong grounds to appeal.