26-year-old Chad Neiderquill requested to withdraw his guilty plea to armed robbery in connection with a September 2013 incident in which he allegedly robbed a Saginaw woman of prescription medication using a screwdriver. On December 23, Saginaw County Circuit Judge James T. Borchard approved the defendant’s request. Borchard agreed on the condition that Neiderquill apply for inclusion in Saginaw County’s Drug Court, according to news reports at Mlive.com. 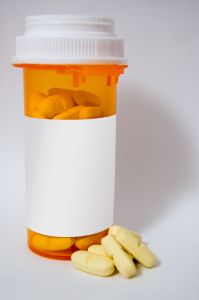 Neiderquill was scheduled to be sentenced by Judge Borchard on January 9, however that was adjourned when the defendant withdrew his plea.

On September 4, Lillian George was putting groceries away when Neiderquill, whom 60-year-old George knew, offered to help her carry in the groceries. When all of the packages had been carried inside, Neiderquill demanded George give him her prescription medicines, including oxycodone. When she would not comply with his demands, he allegedly pulled out a screwdriver and held it over George’s head.

Neiderquill may be able to avoid prison time if accepted into Drug Court. Drug Courts require that the individual enter into a multi-year rehabilitation program in which those accepted receive services from multiple county agencies and intense supervision. He may also remain jailed for the duration of the program.

The maximum penalty in Michigan for armed robbery is life in prison. If accepted into Drug Court, Neiderquill may be able to avoid spending a substantial number of years or even life behind bars. Drug Courts are designed to help those who participate in criminal activity which results from an addiction to drugs, and focus on both punishment and rehabilitation.

If you have been accused of a crime related either directly or indirectly to drugs, a talented Michigan drug crime attorney can educate you regarding drug courts and work with you to determine whether an alternative sentencing option may be beneficial in your situation. While these programs are certainly not a walk in the park, many defendants desire an opportunity to receive the help they need, while avoiding lengthy prison terms