In July of 2012, Thomas Murdock was found not guilty of involuntary manslaughter in the June 2011 death of his girlfriend, who died after being struck by Murdock’s vehicle as he backed it up so that Lisa Hardwick, the victim, could mow the lawn. 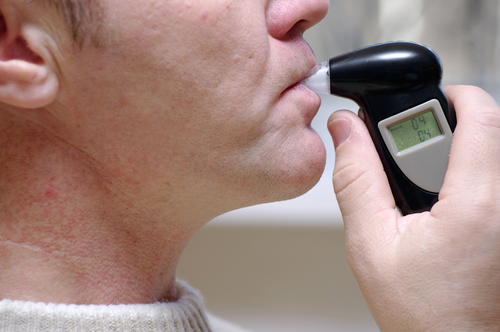 While found not guilty on that charge, Murdock was found guilty on four other charges, including possession of marijuana, operating while intoxicated third offense, OWI causing death, and driving on a suspended license.

Murdock was sentenced in September of 2012 in Alger County Circuit Court to two to fifteen years in prison. Upon finding Murdock guilty in July, bond was revoked and he was immediately incarcerated in the Alger County Jail.

Prosecutors said in opening statements at trial that Murdock and his girlfriend had been arguing, and that Lisa Hardwick got out of the truck before being ran over by the defendant. However, both the prosecution and defense agreed that the defendant did not run over Hardwick intentionally. News articles at Upper Michigan’s Source state that both Murdock and his girlfriend were found to have BAC higher than the legal limit, and had been smoking marijuana.

Last week, the Michigan Court of Appeals sent the case back to Alger County Judge William Carmody, ruling that the judge was “too generous” in sentencing Murdock, and that the sentence previously handed down to the defendant was one year less than the Michigan state sentencing guidelines call for.

While sentencing is often appealed by a defendant’s attorney when it is believed the sentence is too harsh or departs upwardly from sentencing guidelines, prosecutors may also file an appeal when they feel the sentence given to a defendant is too lenient. Unfortunately, the death of the victim in this case clearly resulted from a devastating accident, likely caused due to the fact that the two were drinking heavily and smoking pot. Depending on the outcome when the defendant is resentenced, he could spend a substantial number of years behind bars.

Defendants who feel they have been punished in a way that is beyond reasonable or too harsh for the crime committed, or who have been wrongly convicted may have another option. As Michigan criminal appeals lawyers know, a conviction or sentence is not necessarily the end of the road, or as far as a defendant can go in the criminal justice process. To learn if an appeal may be a possibility in your case, discuss your situation with a highly experienced criminal appeals attorney who can review your case to determine whether there may be grounds to appeal.