In 2004, a woman’s skeletal remains were discovered in a remote area of Wonder Valley by a traveler who was walking his dog. The body was in a shallow grave located in a remote desert area off Ironage Road, approximately one mile south of Twentynine Palms Highway. It was determined through dental records that the woman was 33-year-old Jean Leppan of Yucca Valley. 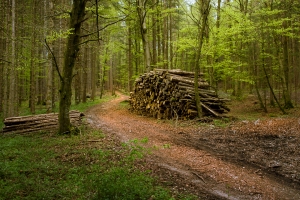 Jean’s husband, Charles Leppan, was interviewed and arrested on that same day, suspected by authorities of murdering his wife. Shortly thereafter, Supervising Deputy District Attorney Linda Root announced that a decision had been made not to file charges against Charles Leppan at the time, as the investigation was ongoing. Homicide Sgt. Bobby Dean issued a statement shortly thereafter that the victim was last seen in January, and that she and Charles Leppan, who was a sergeant in the Marine Corps, were attempting to reconcile their marriage, and shared a home in Yucca Valley, California.

Charles Leppan was allegedly the last person to see his wife alive; Dean said that Leppan did not report his wife missing, and that he remarried in February, just two weeks after the last time his wife had been seen alive.

Now, some nine years later, Charles Leppan who is now 41 years old has been arrested in connection with the homicide. Leppan was arrested on Sunday October 13 at his Brandon Township home by Oakland County sheriff’s detectives along with the San Bernardino County district attorney and sheriff’s detectives.

News reports indicate that Leppan will be extradited and face charges in California; he was being held at the Oakland County Jail.

While no doubt the criminal penalties are harsh for those convicted of murder in California, Michigan criminal defense lawyers know that this is a crime punished harshly in every state across the U.S., including Michigan. Individuals convicted of first-degree murder in the state will face life in prison; other homicide charges such as second-degree murder, and voluntary/involuntary manslaughter also subject the defendant to serious and life-changing consequences.

Anyone who has been accused of a serious or violent crime involving the taking of the life of another person must contact a Michigan criminal defense attorney immediately. Your freedom and future are in jeopardy; you must obtain the legal support of a qualified lawyer who will work to protect you against a conviction and the resulting punishment.