On Monday October 14, 45-year-old Sherenia Parks pleaded guilty to possession of a controlled substance. According to a news article at Mlive.com, her plea will allow her to avoid prison time. 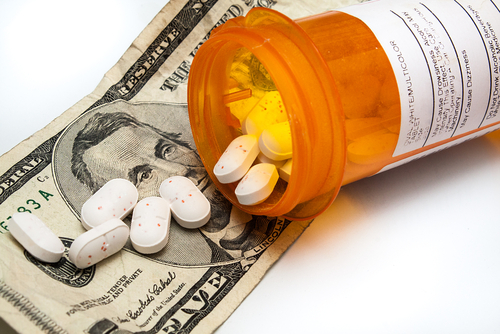 It all began on May 15, when Parks went to the Saginaw County Governmental Center to pay a ticket for parking on the lawn, according to her defense attorney James Gust. Parks was found to have a loaded handgun in her purse when deputies discovered it at the building’s front entrance checkpoint. Gust claimed that Parks did not realize the gun was in her handbag. It was determined by deputies that while the gun was not registered to Parks, it was not stolen.

Authorities at the checkpoint also found Parks to be in possession of a controlled substance, Vicodin, which was prescribed to another individual. She was charged with possession Vicodin, carrying a concealed weapon, two counts of possessing a firearm during the commission of a felony, and possessing a firearm as a felon. At Saginaw County Court on May 28, she waived her right to a preliminary hearing.

In exchange for her guilty plea to possession of a controlled substance on Monday, prosecutors will drop the remaining charges. A conviction on the possession charge typically leaves the defendant facing up to two years in prison, however prosecutors agreed that Parks will not serve prison time in the plea deal.

At court, the defendant testified that she had pleaded guilty to the drug possession charge due to the fact that she did have Vicodin, although it was not prescribed to her. Parks took a polygraph test which indicated she did not know the gun was in her purse when she entered the courthouse on May 15, although these results are not admissible in court.

Michigan drug possession attorneys know the serious penalties individuals may face when found in possession of Schedule 3 drugs which are not prescribed to the individual in possession. The penalties for a conviction on Vicodin possession charges include fines of up to $2,000 and up to two years in jail.

If you have been accused of a crime involving the use, possession, or manufacture/distribution of prescription narcotics, marijuana, cocaine, heroin, or other illicit substances, consult with an experienced Michigan drug crime lawyer immediately.