In February of 2011, 36-year-old Terrance L. Shepard and 43-year-old Patrick A. Martin were convicted of first-degree premeditated murder. The two were allegedly involved in the December 2002 suffocation death of 19-year-old Kevin Amos Jr., whose body was discovered in March of 2003 on the banks of the Cass River by fishermen in Tuscola County. 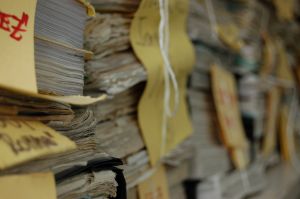 Shepard and Martin appealed their convictions, which were upheld by the Michigan Court of Appeals in September. According to a news article at Mlive.com, the two men will continue serving life sentences.

An accomplice in the murder, Tanisha R. Williams, testified at the murder trials that Martin held a gun on her and ordered her to tape the victim’s head, which ultimately suffocated him. She claimed that Martin was the main instigator of the crime, and Shepard an accomplice who “kept the momentum of the murder going.” Williams pleaded guilty to second-degree murder in December of 2010 for her role in the murder of Amos.

Appellate court judges Pat Donofrio, Kurtis Wilder, and Jane Beckering disagreed with numerous arguments raised by both Martin and Shepard. Some of these arguments included how prosecutors handled an eyewitness’ testimony, statements which were made outside of court by Martin, and the excluding of five potential jurors who were black by prosecutors.

Both victims raised issues regarding whether the prosecution’s striking of potential jurors denied their rights to equal protection, and whether Williams’ testimony was bolstered by prosecutors. Martin argued that Saginaw County Chief Circuit Judge Fred L. Borchard should have instructed jurors to use caution in considering Williams’ testimony given in exchange for her plead to second-degree murder, instructing them that there was “no guaranteed of her truthfulness.”

Ultimately, the appeals court panel found issue with all of the arguments raised by the defendants, denying their requests to have their convictions overturned.

Individuals who have been wrongly convicted of a crime have options. While the process is never easy and the outcome not guaranteed, a skilled Michigan criminal appeals attorney can review your case to determine whether appealing a conviction may change the outcome.