On Saturday evening October 5, three men were arrested following a five hour standoff with a SWAT team and Kalamazoo police at a home in which what authorities describe as a “large, complex” meth lab was discovered. The age of one of the suspects was not disclosed; the others were 24 and 26 years old, according to a news article at Mlive.com. 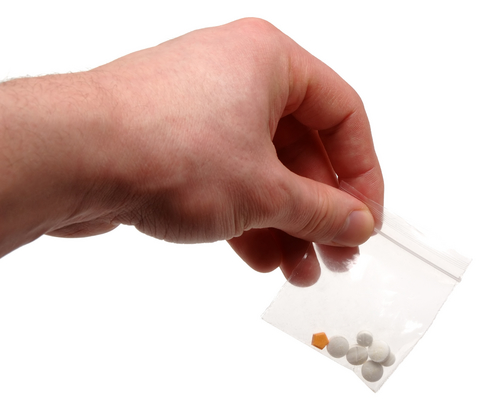 A news release from the Kalamazoo Department of Public Safety indicated that the three males were eventually taken into custody, but not without a fight. Lt. Christopher Franks stated that the standoff ended at about 10 p.m..

After receiving reports of a meth lab earlier in the afternoon, officers responded to a residence in the 500 block of Egleston. One of the suspects reportedly jumped out of a window when authorities attempted to make contact with those inside the home. Police indicated that the man was captured by an officer quickly, and arrested due to warrants which were outstanding. The two men who remained inside the home refused to come out. According to police, they were also wanted on outstanding warrants, although their names have not been released.

After cordoning off the area to ensure no one could come in close proximity of the home, police stood on guard around the perimeter of the home. It was later they discovered the men had multiple firearms in their possession. Upon learning this, the SWAT team was called in, and a search warrant obtained by police for the home.

Eventually one of the men was persuaded to exit the home by negotiators, however the SWAT team had to deploy a chemical irritant to get the other suspect to come outside of the home and surrender.

After the suspects were finally out of the house, police searched it and found a shotgun and complex meth lab. New reports indicate the investigation and search of the home took several hours as police had to eliminate the meth lab. While investigations are ongoing, police said charges for possession of firearms and the meth lab were pending as of Sunday afternoon.

Michigan drug possession attorneys understand the serious criminal penalties individuals face when charged with operating or maintaining a methamphetamine lab. Depending on how much of the drug is involved, past criminal history and other factors, those convicted face severe fines and substantial prison time, possibly up to life behind bars. Even amounts of less than 50 grams can leave the defendant facing up to 20 years in prison if convicted.

If you or someone you know has been accused of or arrested for meth possession or operating a meth lab, consult with a talented Michigan drug crime lawyer immediately. Your reputation, freedom, and career are in jeopardy without effective legal representation.