In September of 2012, Michael Patrick-Murphy Hamilton was charged with open murder, assault with intent to murder, and two counts of using a firearm to commit both a felony and automobile theft. Jury selection is set to begin for trial on Monday, October 7. Hamilton is accused of killing one of two twin brothers, Robert Marcyan, outside of Hamilton’s father’s Wamplers Lake cottage in Norvell Township. 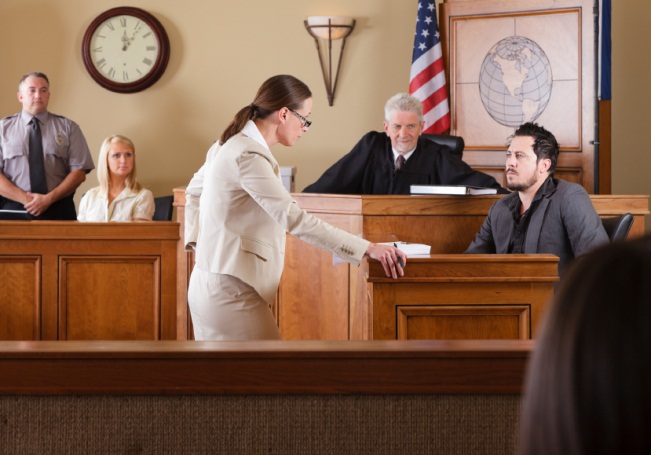 According to a news article at Mlive.com, Robert and Richard Marcyan, who were 49-year-old twin brothers, were asked about doing some work at Hamilton’s father’s cottage, and were there to give an estimate for the work after checking out the property. Hamilton’s father was initially to meet the two men at the cottage, however he did not make the appointment after sustaining an injury. Mark Blumer, Chief Assistant Prosecutor, said that the defendant went instead to meet with the Marcyan’s, and that he had met them on one prior occasion about a month earlier.

While a motive is not clear, Hamilton allegedly fired a gun at the two men, striking Robert Marcyan in the face. Richard Marcyan was not injured. Hamilton’s defense attorney George Lyons said that he may argue his client was involuntarily intoxicated. When an individual voluntarily consumes intoxicating drugs or alcohol, it is not considered a valid defense. However, if the defendant was taking prescription medication and experienced extreme or unexpected side effects, it may be beneficial to his defense.

News reports indicate that following the shooting of the Marcyan brothers, Hamilton fled the scene in Robert’s vehicle. He then ditched the vehicle and stole another as police pursued him before finally using spike strips to stop Hamilton, who was arrested approximately 90 minutes after the shooting.

Even in the most bizarre cases it is critical to obtain the legal support of a skilled Michigan homicide defense attorney. The details around this case seem a bit murky, as there is no apparent motive for the alleged shooting. An experienced criminal defense lawyer will thoroughly investigate the details of the client’s case in order to determine precisely what took place, and to develop the best plan of legal action.

Penalties for first- and second-degree murder and other homicide offenses are severe. Individuals are at risk of losing their freedom, reputation, and career if convicted. If you have been arrested or charged with any serious or violent criminal offense, consult with a Michigan criminal defense lawyer immediately.