Zebulan Timothy Nester, 17, is charged with assault with intent to rob and felony use of a firearm in connection with a shooting that occurred at a Kentwood party in August which injured 22-year-old Terrence Giles. Following the altercation, Nester allegedly eluded police for weeks before members of the FBI fugitive task force found him at a Shell gas station. 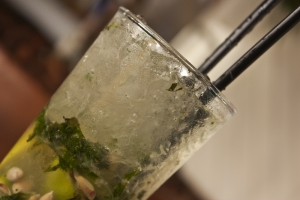 According to news articles at Mlive.com, Nester, a resident of Sparta, burst through the door as a house party was going on and became involved in an argument with Giles before shooting him. A bullet went through Giles’ elbow, and another lodged in his hip where it remains. Giles told police while in the hospital that Nester burst in and asked Giles, “Where is it at.” News reports do not indicate what Nester meant by the remark.

Giles was reportedly hanging out and smoking marijuana with a young lady at an underage party where guests were using marijuana and drinking alcohol when the incident took place. Nester allegedly pointed the gun at Niles’ head after making the remark. After shooting Giles, Nester fled the scene and would not be located by authorities for four weeks.

Police were told that Nester had left the state, and possibly the country. Their difficulty in locating him was due in part to the fact that he had no fixed address. Nester appeared at his probable cause hearing on Monday October 7; he remains in the Kent County Jail on a $500,000 bond set by Kentwood District Court Judge William Kelly.

A witness at the party as well as the shooting victim identified Nester in a photo lineup. The defendant was considered ‘armed and dangerous’ by police while he was on the run.

Anyone who is accused of committing assault or any serious or violent crime should consult with a highly qualified Michigan criminal defense attorney immediately for strong legal support and protection of your legal rights and freedom.