Fred Willy Glespie, a 19-year-old Benton Harbor resident, was found not guilty on Friday December 6 in connection with an apartment fire that killed three children in February of this year. Glespie was acquitted of the charges after a jury deliberated just over an hour. 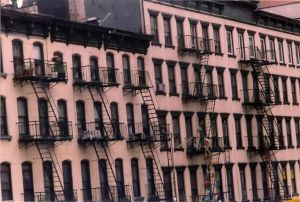 The February 18 fire occurred at Interfaith Homes off Woodward Avenue; three young children ranging in age from one to three were alone in an apartment they lived in with an older sister and their mother, Jonetta Woods. The children who lost their lives in the fire include Ty’onna Henderson, 1, and Tevin and Te’Niyah Williams, 3-year-old twins.

Glespie was charged with three counts each of second-degree child abuse and involuntary manslaughter in the deaths of the children after the children’s mother claimed that the defendant was supposed to be watching her children at the time the fire broke out. The children were left alone in the apartment prior to the fatal blaze breaking out, according to a news article at Mlive.com.

The fire allegedly started when 3-year-old Tevin set something on fire using the kitchen stove, then brought it into the living room where a mattress and box springs caught fire. The defendant said in a police interview that the child had a “fascination” with the stove.

Ultimately, jurors found Glespie not guilty after hearing testimony from Jonetta Woods, employees at Interfaith Homes, Woods’ sister, Charlonda Woods, and officers with Kalamazoo Public Safety. Jeff Gagie, the defendant’s attorney, said in his closing statement that the children’s mother’s testimony was unreliable, and that the testimony given by a friend and Woods’ sister contradicted Jonetta Woods’ testimony.

Had Glespie been found guilty of involuntary manslaughter, he may have faced penalties which include up to 15 years in prison and fines of up to $7,500. Michigan criminal defense attorneys understand that there are many cases in which an innocent individual is accused of a crime he or she did not commit.

If you have been accused of or arrested for involuntary manslaughter, murder, or any homicide offense, consult with a highly qualified and aggressive criminal defense lawyer at once. Your freedom and future depend on it.