Recently, a tip from an individual led Michigan State Police to discover a meth lab and possible home invasion in Farwell, according to a news article at The Morning Sun. On Monday December 9, police responded to the call at a vacant home which was in the vicinity of three public schools; upon entering the residence which had been broken in to, officers discovered three individuals along with a meth lab. 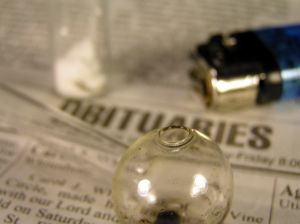 Clare County Sheriff John S. Wilson thanked the citizen who called in the tip and said in a statement “It’s the concern of our great neighbors that keep each other safe.” The vacant home where the meth lab was located was said to be within a few blocks of three schools and the city library.

Following the discovery of the meth lab, the area was cleaned up by members of the Bay Area Narcotics Meth Lab Response Team. All four of the individuals arrested were taken to the Clare County Jail. They were scheduled to be arraigned on Tuesday, December 10.

In the state of Michigan, manufacturing meth is an extremely serious charge, as is home invasion. Individuals convicted of manufacturing methamphetamines may face up to 20 years in prison, fines of up to $25,000, driver’s license suspension, and more. Other factors may impact the criminal penalties an individual faces, including whether the meth lab is located in close proximity of a school, church, park, or home. In addition,

In order to reach the best possible outcome, it is critical that anyone accused of or charged with a drug offense such as manufacturing meth, marijuana possession, cocaine distribution, or any similar offense consult with a skilled Michigan drug crime defense attorney. Lawyers who are experienced in these types of cases know the various options available, and will work with you to achieve positive results.