Recently, a shooting at a Midland apartment complex left one person injured and another dead. Police responded to a call on January 3 at the Joseph’s Run Apartments on Village Circle to find a 31-year-old woman dead; she had apparently been shot, according to news reports at Mlive.com. Officers also found a 36-year-old man who was injured; he was transported to an area hospital with what police called life-threatening injuries. 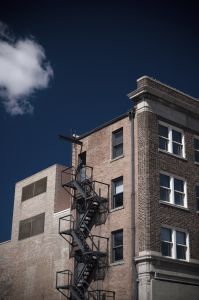 Just after 8 p.m. on Friday, a statement was issued by the Midland Police Department regarding the incident, which they believe may have been a murder-suicide attempt. The statement made by the department is as follows:

“Michigan State Police Crime Lab and the Midland Police Department have concluded the processing of the scene at Joseph Run Apartment Complex. A handgun registered to the male involved in the shooting was recovered and is believed to be the weapon involved. All indications point to this incident being a murder-suicide attempt. The male subject with life-threatening injuries remains in the care of the Mid Michigan Medical Center. Identification of the involved subjects is not being released at this time, as further attempts to contact family members are ongoing.”

When an individual is arrested or charged with a serious or violent crime such as murder, it does not necessarily indicate that individual will be convicted. Much of the outcome depends on the skill and ability of the Michigan criminal defense attorney the accused person chooses to represent him or her throughout the legal process.