Last week, 49-year-old George C. Williams was arrested after Cass County drug investigators located what they believe to be a marijuana growing operation in a barn located southwest of Marcellus, according to a news article at WWMT-TV Newschannel 3.

While no details were released indicating what led authorities to investigate, the Cass County Drug Enforcement Team allege that property in the 16000 block of Dutch Settlement Road in Penn Township is where they found “numerous marijuana plants.” Detectives also claim that inside the barn and on surrounding property they found more than five pounds of marijuana. A news release issued by the sheriff’s office claim the marijuana has a street value of approximately $30,000. A loaded gun was also allegedly found during the search. 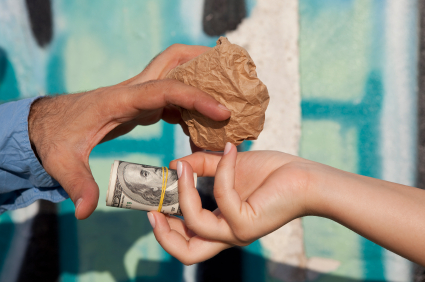 Williams was arrested at the scene, and arraigned on Thursday October 3 in Cass County District Court. He was arraigned on one count of marijuana possession, one count of manufacturing marijuana, and two counts of felony use of a firearm. As of Friday morning, Williams remained in jail on a $30,000 bond.

Cultivating marijuana is a criminal offense punished very harshly in the state of Michigan, as police and prosecutors continue their efforts to crack down on drug offenders. While news reports said only that Williams had “numerous marijuana plants,” the penalties are severe for those convicted growing marijuana. For example, an individual who has fewer than 20 plants or an amount less than 5 kilograms may be charged with a felony offense. If convicted, penalties include fines of up to $20,000 and up to four years in prison. When the number of plants or amount of marijuana involved increase, the penalties do as well. Someone found to have more than 200 plants or over 45 kilograms of marijuana may face up to 15 years in prison and fines of as much as $10,000,000 if convicted.

Drug crimes are extremely serious; those under investigation or who have been arrested or charged must secure the legal guidance and support of an aggressive and skilled Michigan drug crimes attorney immediately. Your lawyer will examine the details of your case, and work to protect not only your legal rights, but your freedom as well. A qualified defense lawyer will work with you to determine the most effective plan of action so that a positive outcome can be reached.