In September of last year we wrote about the shooting death of 36-year-old Micah Arnold in Lansing; at that time, police were in pursuit of Kelvin “Monroe” Bates, who they suspected in the shooting which occurred outside Hildebrant Park apartments. Now, Bates is facing life in prison for the 2012 murder. 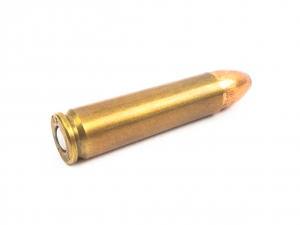 Lansing police arrested Bates five days after the shooting. Prosecutors charged the defendant with first-degree murder, felony firearm, assault with intent to commit murder, and three counts of carrying a concealed weapon. He was convicted by an Ingham County jury on June 12, and sentenced on Wednesday, July 24 to life in prison without the possibility of parole. Ingham County Circuit Judge Clinton Canady also sentenced Bates to 15 to 50 years and two years for additional charges.

Arnold was among friends and family who were attending a barbecue/birthday party in the courtyard of the apartment complex when he and Bates apparently had an altercation. According to several witnesses, Bates attempted to start an altercation, pulling a handgun out of his waistband. When Arnold slapped the hand Bates was holding the gun in, he fired at Arnold’s throat. News reports claim that Bates fired several more shots, striking Arnold in the abdomen five times. The victim was taken to an area hospital where he later died.

Michigan murder attorneys know the importance of hiring a capable and aggressive criminal defense lawyer when facing serious charges such as murder. While taking another person’s life is never condoned, all individuals are considered innocent until proven guilty. In order to have the best possible chance of avoiding serious criminal penalties, it is essential you hire a qualified and experienced attorney.

If you have been charged with first- or second-degree murder, manslaughter, or any crime considered particularly violent, it is important that you seek legal guidance immediately. Even if you are under investigation and have not been charged, speak with a seasoned Michigan criminal defense lawyer at once.