In 2010, Aryn Deshaun Nash was shot in the head in Muskegon Heights while riding in a vehicle with Michael Fair; Nash was 18 years old at the time, and fully recovered following surgery for his injury. Now 21 years old, Nash is facing criminal drug charges following his arrest on the evening of Saturday July 27 in the Dyson Street area of Muskegon Heights.

According to news reports at Mlive.com, Nash was pulled over that evening by two Muskegon County Sheriff’s deputies who were patrolling the area when they noticed Nash’s suspended license plate. What was first thought to be a routine traffic stop turned into something else when deputies noticed Nash attempting to hide something in the pocket of his sweatshirt. He also allegedly refused the deputies’ request to get out of the vehicle. 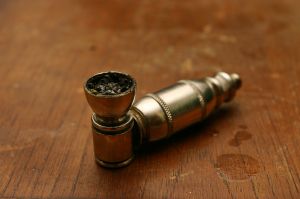 When the deputies did manage to get the suspect out of the vehicle, they noticed a strong odor of what they believed to be marijuana inside the car according to the sheriff’s office report. Upon searching the vehicle, deputies found plastic baggies, several cell phones, small scales, cocaine, cocaine powder, and other items typically connected with the manufacture and distribution of drugs. Nash also had approximately $2,500 on him according to the report.

Nash now faces felony charges of possession with intent to deliver cocaine, less than 50 grams, and resisting/obstructing a police officer. The Muskegon County Prosecutor’s Office is charging Nash as a third-time offender, which will increase the maximum penalty for the crime he is alleged to have committed from 20 years to 40 years. His status as a habitual offender stems from another drug-related arrest in June.

Nash was scheduled to be arraigned on Monday, July 29.

Michigan drug possession defense attorneys know that the manufacture, use, and distribution of narcotic drugs and illegal substances are a huge problem in the state. However, individuals who have been charged with a drug-related offense do have rights, and are innocent until proven guilty.

If you have been arrested, charged, or are under investigation for a drug crime, it is critical that you seek the legal support and guidance of a skilled and aggressive Michigan drug crimes lawyer right away.