In February of this year, Terry Neil Bowling’s argument that the sentence he received for his conviction of second-degree murder was cruel or unusual punishment was denied by the Michigan Court of Appeals. However, the appeals court did find that a mistake had been made in calculating the amount of restitution Bowling would pay – the court ruled the initial restitution amount of $5,890.33 should be lowered by 10 cents. 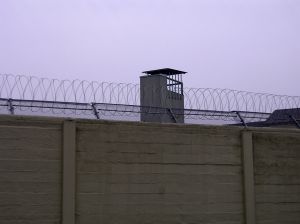 Bowling was convicted of second-degree murder in the death of Livonia Police Officer Larry Nehasil in 2011 in connection with a home invasion. According to a news article at the Oakland Press, Nehasil was in pursuit of Bowling and his brother when he was shot outside of the Walled Lake home he and his brother were accused of breaking in to. Bowling was also convicted of resisting/obstructing police and first-degree home invasion.

Initially, Bowling was charged with first-degree murder; however, he agreed to plead no contest to second-degree murder, along with the other charges. Following his conviction, Bowling was sentenced to 100 to 150 years in prison for the murder of Nehasil. He argued in his appeal that considering his age (49), he would spend the remained of his life in prison, and that the sentences for the crimes he was convicted of were excessive. The appeals court disagreed, ruling that the sentences were just.

Bowling appealed the appeals court’s ruling to the Michigan Supreme Court, and on Tuesday July 30 the court issued its ruling which stated that the court was “not persuaded that the questions presented should be reviewed by this court.” Bowling’s convictions and sentences will stand.

Michigan criminal appeals attorneys understand that essentially, a sentence of 100 to 150 years is life in prison. Sentencing in this case does seem extremely harsh, however convincing the appeals court is not easily accomplished.

Individuals who feel they have been wrongly convicted, or that sentencing goes beyond Michigan’s sentencing guidelines or is excessive should consult with an experienced and effective Michigan criminal appeals lawyer. It is critical that you choose an attorney who has successfully represented clients in appellate matters.