On Sunday January 12, an incident that police are calling “road rage” led to the firing of a gun from a man riding a motorcycle into an SUV, according to news reports at Mlive.com. Now, 22-year-old Steven Lavigne is facing charges of attempted murder and more after the bullet nearly struck a child riding in the SUV. 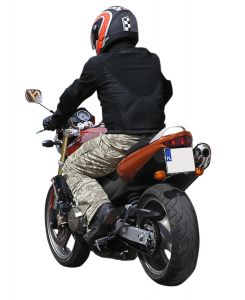 Lavigne allegedly began chasing the Chevrolet Trailblazer following a traffic altercation. Inside the SUV were a man and his two children, ages 7 and 10. Lavigne followed the SUV on his motorcycle for nearly two miles, then pulled up next to it and fired into the rear section, nearly striking one of the children. Lavigne has a concealed pistol license according to Westland Police Lt. Todd Adams. He then fled the scene, but called police at the same time the SUV driver flagged down a police officer.

Those accused of any serious or violent crime must contact a skilled and aggressive Michigan criminal defense attorney right away. You have legal rights that must be protected; your lawyer will also work to protect your freedom and avoid life-changing criminal penalties.