Last week, trial was scheduled to begin for 21-year-old James Paul Simpkins II of Detroit who is accused of killing his brother and two others. Simpkins allegedly killed the three victims at a Flint home in 2012 during a house party, according to news articles at Mlive.com. 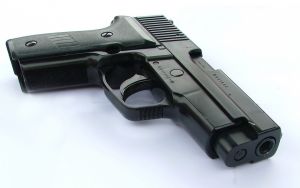 The party was taking place on July 18 of 2012 when police were dispatched to the residence after an altercation broke out in which one of the alleged victims called Simpkins “crazy.” Prosecutors claim Simpkins opened fire inside the home where party goers were drinking and smoking marijuana. The defendant called 911 himself, claiming that his brother had been shot and that someone assaulted him. Authorities claim that the defendant did the shooting himself. One woman who survived being shot fled through a window at the home and contacted police. She was able to lead them to the suspect.

Genesee County Prosecutor David Leyton claims that Simpkins opened fire on the party after another person present began taunting and harassing him, calling him “crazy” or something similar.

Michigan criminal defense attorneys know that in situations where many people are “partying” or consuming alcohol and drugs, the risk of violence often increases. While it is certainly a tragedy that three people lost their lives, it is also tragic that a young man may spend the remainder of his life behind bars.

Murder is the most serious and violent crime a person can commit. Those who are found guilty face extremely harsh punishment, not only in the state of Michigan but across the U.S. If you or someone you know has been accused of a homicide offense, contact an experienced and aggressive Michigan criminal defense lawyer immediately.