Last month we wrote about Umar Farouk Abdulmutallab, a Nigerian man sentenced to life for attempting to blow up a Northwest Airlines flight headed to Detroit from Amsterdam on Christmas day in 2009. Abdulmutallab had explosives concealed in his underwear, and attempted to ignite the explosives as the plane was approaching the Detroit Metropolitan Airport. While the explosive caught fire, it failed to detonate. Abdulmutallab was the only passenger out of the 289 on board who was injured. 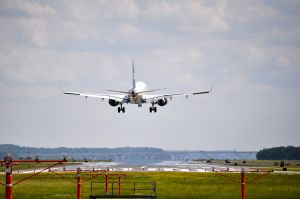 Abdulmutallab was charged with several criminal offenses including conspiracy to commit an act of terrorism and attempted murder. He chose to represent himself at trial, and pleaded guilty to all eight counts one day later. He was sentenced to four consecutive life sentences plus 30 years and 240 months.

The defendant appealed his conviction, arguing whether his sentences were constitutional, the admission of statements he made while in the hospital being treated for his injuries, and the court’s decision to allow him to represent himself.

Ultimately the U.S. Court of Appeals for the Sixth Circuit upheld Abdulmutallab’s conviction, ruling that when he pleaded guilty to the charges, he waived any right to challenge the suppression of statements he gave while in the hospital. The appeals panel also rejected his arguments that he should not have been allowed to proceed without a defense lawyer without a competency hearing being ordered. It was determined by the appeals court that Abdulmutallab’s sentence was not ‘cruel and unusual’ punishment, as had the bomb detonated the defendant would not have been the only one harmed.

Michigan criminal appeals attorneys understand how difficult the appeals process is, and the low odds of winning. Regardless of whether an individual is appealing a conviction for armed robbery, DUI, carjacking, murder, or any criminal offense, it is critical the defendant is represented by a capable and aggressive lawyer who is highly familiar with the appeals process.

If you have been wrongly convicted or feel that errors were made which affected the outcome of your case, consult with a seasoned Michigan criminal appeals lawyer at once.