Adam Andrew Phillips, a 22-year-old Grand Rapids man, will now face trial in connection with the alleged attempted murder of his ex-girlfriend on November 5, according to news reports at Mlive.com. Phillips and the Kent County Prosecutor’s Office failed to reach a plea agreement. 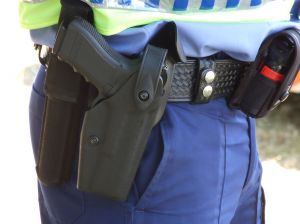 The victim, 18-year-old Elizabeth Batchelder, was three months pregnant at the time Phillips allegedly struck her, leaving her in a coma with a skull fracture. An 18-month-old child was present when the assault occurred, although the child was not injured. It is believed that Phillips found pictures on the victim’s cell phone which made him angry and led to an argument between the two.

The altercation took place at the defendant’s grandfather’s home located at 215 Sweet St. NE. Clifford Mead said that he believed his adopted grandson became angry out of jealousy, and became enraged before taking time to think. Mead was in his garage when he heard screams coming from inside the home; he said he did not know whether it was the couple’s 18-month-old screaming, or Batchelder. Upon going inside to check, the defendant got into his car and left the scene.

A neighbor called 911 according to Mead, who said that when he found Batchelder she was gasping for air and bleeding profusely.

Phillips is charged with attempted murder, and has remained in the Kent County Jail without bond since his arrest. If found guilty, he will face a maximum sentence of life in prison.

Attempted murder, or assault with intent to murder, is a very serious charge in the state of Michigan. Those convicted will face sentencing which may include any number of years or possibly life in prison according to the Michigan Penal Code 750.83. Essentially, individuals who are found guilty of such serious or violent crimes face ruin of their reputations and careers, and loss of their freedom.

Whether you have been accused of attempted murder, involuntary manslaughter, or first- or second-degree murder it is imperative you consult with an experienced and aggressive Michigan criminal defense attorney immediately. Your defense lawyer will work diligently to secure positive results and protect you from harsh criminal penalties.