In August of this year, Scot Granke’s farm in Arlington Township was raided after authorities received a tip from the Paw Paw teacher’s estranged wife claiming that Granke, a licensed medical marijuana grower, was manufacturing more than his license allowed. Granke is also accused of manufacturing hashish, and is expected to be back in court this week. 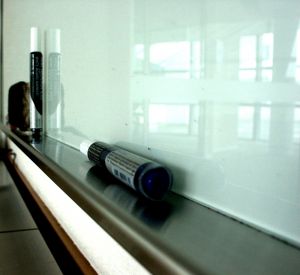 Granke was arrested and charged with one count of manufacturing marijuana, one count of manufacturing hash, and four counts of possessing an unlicensed handgun in October. Members of the Michigan State Police Southwest Enforcement Team raided Granke’s farm, which resulted in the finding of 66 marijuana plants, 18 more than the defendant’s license allowed. Authorities also located one pound of possessed marijuana. The maximum Granke is allowed under his license is 15 ounces, according to news reports. Police allege that Granke told them he manufactured hashish butter due to the fact that it was easier for his clients to take.

Two of the charges against Granke are felonies; if convicted, the middle school teacher may face substantial fines and several years in prison. Each of the felony manufacturing counts is punishable by up to seven years in prison, with fines of as much as $500,000. News reports indicate that he may be in court on December 16 to determine if a plea agreement can be worked out; if not, a preliminary exam is scheduled for December 18.

In many cases, defendants who agree to plead guilty or no contest to criminal charges will face reduced penalties. It is important to note that it is not advised all people who are accused of drug crimes should plead, as it may be more advantageous to go to trial depending on the circumstances of each individual case.

A skilled Michigan drug crime attorney will review your case and work with you to determine the most effective course of legal action. In some cases, consulting with a defense lawyer early on could prevent charges being filed. Whether guilty or innocent, the most important step any individual charged with a crime can take is to work with a capable and aggressive attorney who will help you achieve the best possible results.