18-year-old Javare Holmes of Ann Arbor has been charged with nine counts of first-degree home invasion and other felony charges in connection with break-ins at homes across Washtenaw County. Holmes appeared on Monday, August 5 for a pretrial hearing; his trial date was set for September 30 for four of the most recent cases, according to a news article at AnnArbor.com. 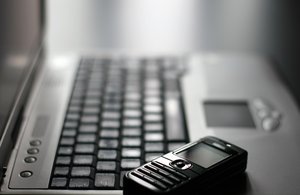 March news articles indicated that Holmes was involved in 17 incidents across Washtenaw County, including eight break-ins in the city of Ann Arbor, and three in Pittsfield Township among others. Holmes was arrested on March 9 of this year; some of the items allegedly recovered from the residence on Kirtland Drive where he was arrested included laptops, guitars, watches, digital cameras, cell phones, televisions, and GPS units.

In addition to the nine counts of home invasion, Holmes was charged with larceny in a building, assaulting, resisting, or obstructing a police officer, and receiving/concealing stolen property worth more than $1,000 but less than $20,000.

In May, prosecutors offered Holmes a plea offer, but he refused. The prosecution and defense appeared willing to discuss a plea deal prior to the cases going to trial at Monday’s hearing.

In May of 2012 Holmes paid $2,000 to bond out of jail after being charged with first-degree home invasion; he did not show up for a pretrial hearing on the charges, and a bench warrant was issued. Police believe that during the time he was wanted on the warrant, Holmes committed nine additional home invasions.

The criminal penalties for a conviction on charges of first-degree home invasion are serious, as all Michigan breaking and entering lawyers are aware. Individuals may face fines of up to $5,000 and up to 20 years in prison. Holmes may face up to 208 years in prison if convicted on all counts and ordered to serve consecutive sentences.

Any individual who is arrested and charged with a breaking and entering offense must consult with a seasoned Michigan criminal defense attorney immediately. Even if you are under investigation but have not been formally charged, it is important to seek capable legal counsel right away.