On July 23, Child Protective Services received a tip regarding an alleged meth lab in a North Shores home where two children lived, according to a news article at Mlive.com. The children’s mother, Glinda Marie Reeman, now faces trial for running a meth lab; the children were removed from the home by CPS workers. 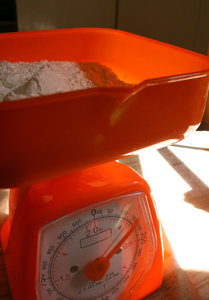 The home, located in the 3100 block of Sheffield Street, is where North Shores police found what they believed to be components of a meth lab in outside trash cans. Police were called to the home at the request of Child Protective Services. According to police, the alleged meth lab is the second to be located in Norton Shores, and was believed to be the largest to date located within Muskegon County.

Reeman has been charged with operating or maintaining a meth lab, and methamphetamine delivery/manufacture. If convicted, each of the two felony counts are punishable by up to 20 years in prison.

After uncovering the items they believed to be related to manufacturing meth, police called in the West Michigan Enforcement Team for assistance. The home and outbuildings on the property were searched by WEMET, North Shores Police, and Child Protective Services. While reports indicate police did not find an active lab, they did uncover pseudoephedrine blister packs, cold pack remnants, lithium battery casings, used coffee filters, and 15 hydrogen chloride gas generators. The news article also stated police allegedly found 18 “one pot meth labs” which were inactive.

What police called “considerable” amounts of meth oil was seized at the home, along with a small amount of marijuana and methamphetamine.

Reeman was arraigned on July 25 and waived a preliminary hearing. As of Wednesday August 7, she remained incarcerated at the Muskegon County Jail on a $25,000 cash or surety bond.

Michigan drug crime lawyers know the serious penalties individuals face when convicted of a drug offense such as operating a meth lab. The state of Michigan cracks down extremely hard on drug offenders, which is why those accused must have a skilled and capable attorney.

If you have been accused of drug possession, manufacturing, or distribution, consult with an aggressive and experienced Michigan drug crime attorney immediately.