In April of this year, 45-year-old Dennis Neil Myers of Waterloo Township was arraigned on a charge of manufacturing 20 or more marijuana plants at his home located at 12351 Territorial Road. Law enforcement officials searched the home and allegedly found plastic-covered walls and grow lights in two rooms at the home. Myers once had a medical marijuana card according to a news article at Mlive.com, but it has since expired. 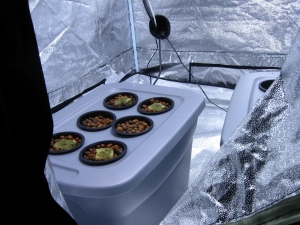 In May, Jackson County District Judge Michael Klaeren agreed to consider the validity of a search warrant issued in the case. Andrew Kirkpatrick, Myers’ defense attorney, contends the warrant used to search his client’s home was invalid. In a May news article, it was stated that the case against Klaeren, who is accused of having more than 30 marijuana plants in his home, may be dismissed if the judge agrees and evidence is suppressed.

News reports claim that Waterloo Township police Chief Tom Cottrell became suspicious upon learning that after a passerby reported a fire near the entrance of the home, Myers would not allow firefighters inside. Cottrell also alleged that when he want to Myers’ home, the defendant would not allow him inside. Condensation on some of the windows at the residence also concerned Cottrell.

Testimony in the case had been ongoing in recent weeks; the judge now says he will hear additional testimony on September 11 regarding the legitimacy of the search warrant, which was secured by Cottrell after Myers refused to let firefighters, himself, and others inside the home following the fire, which charred the front porch and melted the home’s siding.

Myers’ defense attorney argues the events are not substantial enough to justify a search warrant; Assistant Prosecutor Matt Way disagrees, stating that combined, the suspicious activity amounts to probable cause.

If the charges against Myers stand, Michigan drug crime defense lawyers know he will face up to seven years in prison.

Individuals who have been arrested or charged with marijuana possession, manufacturing, or distribution must consult with a capable Michigan drug crime attorney in order to avoid the potential penalties of a conviction.