Thomas Philpot, a former Lake County Clerk, is currently serving an 18-month federal prison term in Milan, Michigan for allegedly diverting more than $24,000 in federal funds while in his position. He was convicted on charges of public corruption for pocketing taxpayer money as his own salary bonus. According to news reports at Highland Community, the federal funds were to be used for improvement of collection and disbursement of child support. 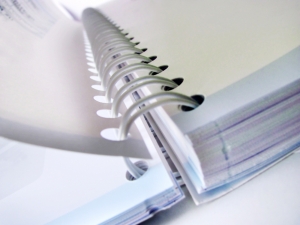 Philpot, who is 54 years old, allegedly violated the law knowingly; his defense attorneys argued to a federal appeals court that their client could not get a fair trial due to pre-trial publicity. According to the U.S. Department of Corrections website, Philpot is due to be released from federal prison on July 9 of next year.

News articles claim that according to state regulations, the money allegedly taken by Philpot as a bonus is to be paid to employees of the county who work full time in child support. The Lake County Council must approve any bonuses being paid out of these funds to elected officials. In court, a federal prosecutor alleged that Philpot never gained permission from the council to take the money, and that he used his authority to “write checks to himself.” Philpot was indicted in 2011; he was convicted in his 2012 trial.

In his appeal, Philpot’s attorneys argued that pretrial publicity prevented their client from getting a fair trial. The federal appeals court did not agree and said that stories in the media were factual, and that it had been more than a year prior to Philpot’s trial since those stories were run in the media. The defendant’s lawyers also claimed insufficient evidence against Philpot, however the appellate judges disagreed on that point as well.

Michigan criminal appeals attorneys realize the difficulty of having a conviction overturned by either the state or federal appeals court. An appeal is not a “re-trying” of the case, but rather an intense review of the trial proceedings so that it can be determined whether errors were made, and that all proceedings at trial were carried forth in accordance with the law.

Any individual who feels he or she was unjustly convicted should consult with a highly qualified and experienced Michigan criminal appeals lawyer.