On Friday November 22, police executed a search warrant at a home in Antwerp Township; during their search, police found a Taser, methamphetamine residue, and three ounces of marijuana according to a news article at Mlive.com. 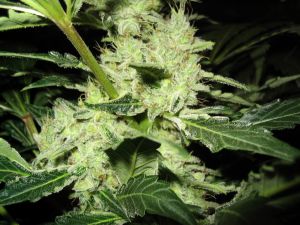 A 55-year-old man who was at the home when police entered on Friday morning refused orders to lie on the floor; he ran into a bathroom while being chased by police, according to a news release issued by the Van Buren County Sheriff’s Office. The man was charged with possession of meth, a stun device, and obstructing police officer. Three other individuals were also at the residence at the time the search was conducted.

The investigation is ongoing according to news reports.

Possession of methamphetamine or marijuana are taken very seriously in the state of Michigan, as is possession with intent. Individuals who are convicted of possession or possession with intent to deliver or distribute may potentially face years in prison and substantial fines, depending on the amount of drug involved and other factors. More serious drug charges can leave an individual facing life in prison.

Having charges filed against you does not automatically mean conviction. In fact, a skilled Michigan drug crime defense attorney will work vigorously to prevent charges being filed, or to have charges reduced or secure an acquittal. Protect your freedom and future by consulting with a capable defense lawyer immediately.