In December of 2012, Joseph Gentz pleaded guilty to second-degree murder in the January 2012 strangulation death of Jane Bashara. Bashara’s husband, Bob Bashara, allegedly threatened Gentz and offered him money to kill his wife. 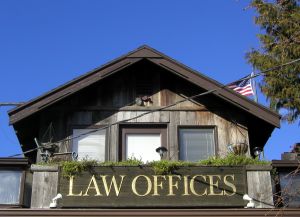 According to news reports at the Detroit Free Press, Gentz did not fully understand the plea of second-degree murder he was entering into. Appellate attorney Phillip Comorski who was appointed to represent Gentz filed a document with the appeals court regarding a letter written to the Wayne County Circuit Court which indicated “certain conditional promises associated with the plea were not fulfilled by the prosecutor.”

Ultimately, the document filed with the appeals court indicated that the trial court failed to address the claims of Gentz’s letter adequately, and that a post-conviction hearing was conducted by the trial court without the presence of the defendant’s appellate lawyer.

Throughout the murder trial, Gentz was represented by another attorney who explained to Gentz that by withdrawing his plea, he would once again face potential life in prison for a conviction on first-degree murder charges. Gentz allegedly has an IQ level considered below average, but he was found to be mentally competent to stand trial on the murder charge.

Comorski appealed Gentz’s conviction toward the end of September; approximately one month later, prosecutors responded by arguing that the appeal of the defendant’s conviction should be denied. Gentz was originally sentenced to 17 to 28 years in prison. Prosecutors filed a document with the Michigan Court of Appeals arguing that Gentz cannot challenge his plea on appeal without moving to withdraw the plea in trial court on the same grounds.

News articles indicate that Gentz appeared at a July 17 hearing with Reed, requesting to withdraw his guilty plea in front of Wayne County circuit Judge Vonda Evans. Prosecutors argued that Gentz expressed no dissatisfaction with the representation Reed provided him at that time. Comorski asked that a proper hearing in front of the judge be held so that he can determine whether other considerations were offered to his client which were not followed through on by Reed.

As you can see from the above, appealing a conviction can be quite complex. It is critical that you have a highly skilled and experienced Michigan criminal appeals attorney represent you, so that you have the best possible chance of securing positive results.