On December 11 a motorist was arrested by Norristown police following an incident in which the driver was involved in a one vehicle hit-and-run crash, then fled the scene. Ultimately it was determined that the driver was driving on a suspended license; he was charged with fleeing/resisting arrest and DUI. 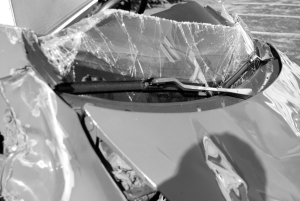 It all began when a police officer who was off duty witnessed a vehicle traveling at high speed which jumped the median after coming across the Dannehower Bridge. The vehicle, a Honda Accord, then struck a light pole resulting in the base of the pole being damaged. The Accord then sped off, according to the officer.

At that point officers who were on duty began pursuing the vehicle in a northbound direction on Cherry Street. As the chase continued on, the Honda eventually had a flat tire that came off, leaving the driver to navigate the car on the rim. Ultimately there came a point where the driver could no longer control the vehicle; he fled on foot in the 1300 block of Markley Street and was apprehended by police, who determined the driver was intoxicated.

While DUI and fleeing/resisting arrest are serious charges, driving on a suspended license only adds to the problem. A first-time offender charged with driving on a suspended license may face penalties which include jail time, a fine of up to $500, driver responsibility fees, and 2 points added to the individual’s driver record. In addition, the length of the initial suspension of your driver’s license may be doubled.

Regardless of the reason your license has been suspended or revoked, consult with a skilled Michigan drivers license reinstatement attorney who will work with you to get you back on the road. Having your driving privileges restored is a complicated process which requires the expertise of a seasoned lawyer who has a successful track record for getting clients’ licenses restored.