In April of 2000, Reginald Walker, a Detroit-area man who was 46 years old, allegedly shot and killed Larry John Troup inside a liquor store on the northwest side of Detroit. The incident occurred after Troup and a friend who were in the store were paying for their purchases, and the friend accidentally bumped into Walker. 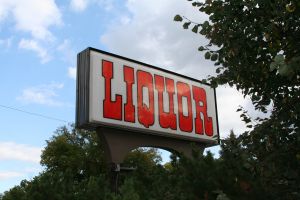 The defense had a very different story of what took place inside the liquor store, claiming that Troup’s friend, Walter Gaiter, did not accidentally bump into Walker, but instead place his arm around Walker and told him, “That’s some nice jewelry you got on, man, old man.” Walker testified that he was wearing jewelry worth about $1,500 at the time, and that when Gaiter made the comment that he could get robbed while wearing all that jewelry and being in a drunken state, Gaiter had his hand in his pocket. Ultimately, Walker claimed that the two men pushed him into an aisle and showed him weapons; Walker claims he was shot in the hand by Gaiter, and that his own gun was in the hand which was shot. His gun went off, striking Larry John Troup. Walker claims he did not know that he had shot Troup.

In June of 2011, Walker filed an appeal of is conviction in the United States Court of Appeals, arguing that his attorney provided ineffective counsel when he failed to investigate and present an insanity defense. According to a news story at ABC12.com, Walker had a 30-year history of mental illness, which was significant enough that he qualified for Social Security benefits.

Now, a federal appeals court has overturned Walker’s conviction. After more than 10 years in prison, Walker has been set free and will remain free unless brought to trial within a six month time period. The appeals court agreed that the defendant’s counsel was ineffective for neglecting to bring up Walker’s long battle with mental illness at trial.

Michigan criminal appeals lawyers know that this is a very rare case, and that it is not often a defendant’s conviction is overturned. However, for an individual to have the very best chance of being successful in appealing a conviction or sentence, it is imperative to have an attorney who is skilled and knowledgeable in the criminal appeal process.

Individuals who have been wrongly convicted, feel that they were convicted due to ineffective counsel, or who have been unjustly sentenced should take action right away. Contact a capable Michigan criminal appeals attorney who will review your case to determine what legal steps should be taken.