Michigan State Police have seen the use of large meth labs on the decline over the past decade, according to a recent news article at Mlive.com. However, police believe the one-pot method which is an easier and faster way to produce methamphetamine may be on the rise. 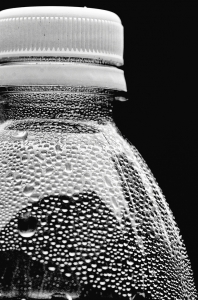 In the past, makers of meth often used methods which included the use of Anhydrous Ammonia, red phosphorus, and Phenyl02 Propanone. With the one-pot method, ingredients are mixed in a plastic bottle, such as a soda bottle. MSP say that over the past couple of years, this method has remained steady or perhaps even increased a bit.

Lt. Dave Cook, Michigan State Police Detective and commander of JNET (Jackson Narcotic Enforcement Team), said that the “shake-and-bake” or one-pot method takes less time, making it possible to create meth in under an hour as compared to the approximate four hour time span it would take to manufacture meth using the old methods. One-pot meth-making methods are also portable; many people make methamphetamine in their vehicles, after purchasing the ingredients at the store.

The methods previously used in making methamphetamine often resulted in lab explosions, because of the pressure the chemicals used in the process were under. There are also dangers with making meth in plastic bottles, according to the article. Components can corrode the plastic, resulting in a highly flammable, pressurized steam of acidic chemicals which shoot out of the bottle, possibly resulting in injury caused by fire or contamination. Jackson Police Department Lt. Elmer Hitt compared the reaction of water and lithium when contacting with air to that of a flamethrower.

Police are trained on how to identify meth labs, according to Hitt, who said that once the components of a one-pot lab are identified, JNET is called in so that the components can be collected and properly disposed of using containers which are Hazmat approved.

Whether in an old-style lab or using the one-pot method, manufacturing methamphetamine is a serious criminal offense in Michigan which is punished harshly. Depending on the amount of drug involved and other factors, an individual accused of manufacturing meth could face up to 20 years in prison and fines of up to $25,000 if convicted. Drivers license suspension and a Child Protective Services investigation to determine whether your parenting rights should be terminated are also possibilities.

If you or someone you know has been arrested or charged with manufacturing meth or maintaining a drug house, consult with an aggressive and capable Michigan drug crime defense lawyer immediately. Until proven guilty, you are innocent; your attorney will work vigorously to protect your innocence, and your freedom.