On January 11, a Quitman, Michigan man was arrested in Marion County in West Virginia on charges of possession with intent to deliver a schedule II narcotic (cocaine). News reports at The Time West Virginian claim Charlie Stokes Jr. was arrested at a hotel in White Hall, a hotel he had frequented more than 20 times over a four month time period. 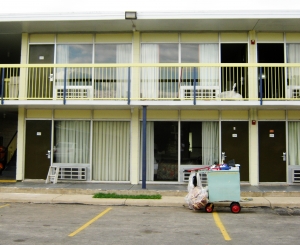 Authorities set up surveillance at the hotel according to the complaint, which revealed that deputies observed Stokes, a black man known in the area as Mook, meeting people both behind and inside the hotel. Stokes had brought approximately 3 ounces of crack cocaine from Mississippi to Marion County to sell, according to a confidential informant.

A search warrant was also secured for room 186 at the hotel; upon searching the room, investigators discovered cocaine hidden inside a coffee maker. The complaint stated that authorities found Stokes with three cell phones, a container of hydrocodone pills, a set of digital scales, 1.8 ounces of cocaine, a substantial amount of U.S. currency and small storage bags.

At the time of news reports, Stokes was being held at the North Central Regional Jail on $30,000 bail.

If convicted, Stokes will face up to 15 years in the state correctional facility, a fine of up to $25,000, or both.

Possession with intent is a serious criminal offense in the state of Michigan. In fact, those charged with possession with intent to sell or deliver cocaine in an amount smaller than 50 grams will potentially face up to 20 years in prison. A felony offense, law enforcement and prosecutors are vigorous in their efforts to crack down on drug offenders and put them behind bars, particularly those who possess schedule I or II narcotics and who intend to distribute or sell those drugs. Even more serious is the fact that prosecutors will often attempt to “trump up” charges, turning what would have been simple possession charges into possession with intent charges. This means if convicted, the criminal penalties will be more severe.

Any arrest for a drug offense should be taken seriously, regardless of how minor you believe the crime to be. Depending on the charge and your prior criminal history, penalties may include a few months in jail to a lifetime in prison along with steep fines, a criminal record, probation, community service, driver’s license suspension, and more. Do not hesitate before contacting a capable and dedicated Michigan drug crime defense lawyer.