In the state of Michigan, there are some instances in which a defendant who loses at trial may overturn the lower court’s ruling by petitioning to a higher court. This is true of criminal cases as well; a conviction may be appealed, or the sentencing portion only when a judge sentences an individual to punishment that seems far out of line in accordance with the state sentencing guidelines. 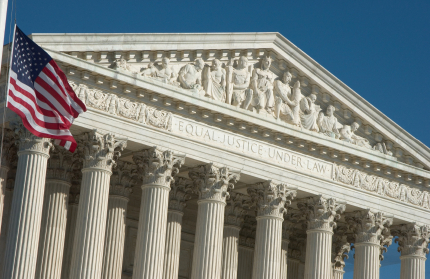 When can you file an appeal? Only after completion of a trial, after the final judgment is reached. Defendants may not file an appeal at any stage of the criminal process, due to the fact that the court system would become highly inefficient as proceedings and hearings could not move forth due to waiting for the appeals court’s decision .

Can you appeal a conviction or sentencing on the basis you are not pleased with the outcome? No. In order to appeal a conviction or sentencing, an error of law must exist or your constitutional rights must have been violated. Additionally, an appeal does not constitute a new trial. An appeal is not similar to trial, as there are no witnesses called or new details presented; the transcript and evidence presented at the original trial will be reviewed by the appellate court, who will decide whether procedural errors existed or the law was inappropriately applied.

Are most appeals successful? The short answer is no. When serious errors are made at trial, the appeals court may overturn a verdict or remand a case back to court for re-sentencing. Trial courts have substantial leeway; therefore, when appealing to the Michigan Court of Appeals, it is vital the defendant and his/her attorney have substantial proof that any error in the law made at trial was serious, and not a harmless minor mistake. Perhaps most important of all in a successful appeal is having an attorney who is highly skilled and experienced in appellate matters to review the defendant’s case, a lawyer who is thoroughly familiar with what constitutes a serious error at trial.

The appeals process is one that is quite complex. Whether a prosecutor excluded jurors for reasons such as gender or race, withheld vindicatory evidence, or you had a criminal defense attorney who was ineffective, it is essential to a successful appeal to have a lawyer with a winning track record. Although it can never be guaranteed, having a strong advocate on your side can mean the difference in a conviction being overturned, or re-sentencing when you have been penalized too harshly in comparison with the offense committed.