According to Jewel Dailey, a former methamphetamine addict, the last three years haven’t been easy. Dailey says that the Van Buren County Drug Treatment Court Program she entered after being addicted to meth for 16 years not only changed her life, but saved it. She also admits that her addiction robbed her of her health, children, and marriage, and that if she had not conquered her “demons,” she may have ended up in prison, or even worse, dead. 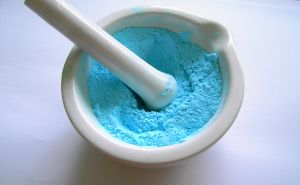 Today, Dailey works on the nonprofit organization she began in 2011, MethCapital. After spending the majority of her adult life producing and selling meth, Dailey now focuses on raising money for the Van Buren County Drug Court. She now fights to stop the manufacture, use, and distribution of the drug that once had her in its grasp, raising money primarily through a fundraiser once titled the Community Recovery Bash, but now renamed to Festivalooza. The annual festival features food, games, contests, live music, a 5K race, silent auction, kids’ zone, and more. This year’s festival is slated to be held at the Paw Paw Middle School on August 3.

Dailey’s downhill slide began when her mother died, a very difficult time in her life. She said that she tried one line of meth at a party, and that was all it took. According to Dailey, meth made her feel good, but cost her a marriage and new home shortly after she became addicted. After the breakup of her marriage, she began manufacturing and selling meth to support her own use habit.

A news article at Mlive.com reveals that Dailey was stopped by police in December 2009; the car she was riding in contained a meth lab, leading to her being charged with meth possession. She was presented with the opportunity in court to enroll in a drug court rather than spend time in jail. While she admits the drug court was a “long, difficult road,” Dailey kept plodding forward and eventually began going to church, cutting ties with friends who used drugs. After seeing what she felt was a vision from God, Dailey approached a church in Paw Paw, Fresh Water Community Church, to help her with the resources to get MethCapital off and running.

Since it all began, Dailey has raised thousands for the drug court, held speeches to educate students about meth, and been a mentor for women in the drug court program. Also earning her GED and reconnecting with her children, Dailey said graduating from the drug program in 2012 was “one of the greatest accomplishments” of her life.

Michigan drug crime attorneys know that the punishment is severe for those convicted of offenses involving the use, manufacture, or sale of illegal drugs and narcotics. This story is one example of how individuals can turn their lives around, although it isn’t an easy journey.

If you have been arrested for or charged with drug possession or manufacturing, consult with an experienced and aggressive Michigan drug crime defense lawyer right away.