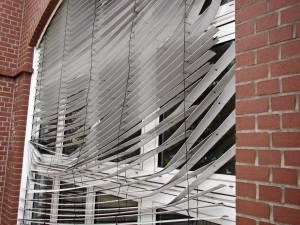 According to a news article at Mlive.com, the two men along with a third suspect who was not named broke into the medical marijuana grower’s home in the early morning hours of February 14. Genesee County Sheriff Robert Pickell stated that the three men entered the home which was occupied by a man, three children, and the man’s girlfriend, ordering them into a bedroom while armed with handguns.

The three men held the man at gunpoint after ordering him to unlock the basement, which authorities believe contained a medical marijuana growing operation. During the home invasion the three men took jewelry, guns, cell phones, marijuana, and other items from the home according to Pickell, who said that after leaving the home, the three met up with a fourth suspect, 23-year-old James M. Toney. All four men then fled the scene in a vehicle.

Upon the suspects departure, the male victim got into his own vehicle to pursue them. As the chase ensued onto Sheridan Road, the victim’s car was close to the vehicle the suspects were in when Leverette allegedly rolled down a back window and shot into the victim’s windshield, striking him in the arm. The victim then returned to the house and he, his girlfriend, and the children drove to the hospital for medical attention for his injury.

At their sentencing hearing on September 9, Genessee Circuit Judge Archie Hayman sentenced each of the two men to 6 to 20 years for home invasion, and 9 to 20 years for armed robbery to be served concurrently.

Home invasion and armed robbery are offenses considered violent in the state of Michigan. As is evident in this case, those convicted will serve a substantial number of years in prison. Even when these young men are released, they will face a lifetime of hardship due to having criminal records.

Any individual who has been arrested or charged with a serious or violent crime should seek capable legal counsel at once. Contact a skilled Michigan criminal defense attorney who will begin work on your case immediately in an effort to protect your freedom and avoid a conviction along with the resulting criminal penalties.