On Friday August 6, Chief Circuit Judge James C. Kingsley ruled that Leo Ackley, a Battle Creek man convicted of killing a 3-year-old girl in 2012, will receive a new trial. In May, the Michigan Court of Appeals issued an order that the case go back to Calhoun County circuit court so that the defendant’s attorneys could move for a new trial. 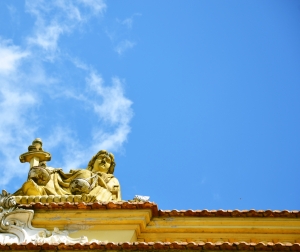 According to a news article at Mlive.com, Judge Kingsley determined that the defendant’s counsel was ineffective, and that Ackley was denied his constitutional right to a fair trial. Ackley’s attorneys had an affidavit from Wayne County former chief medical examiner Dr. Werner Spitz claiming that the victim, Baylee Stenman, likely died after an accidental fall; this information was included to support the appeal of Ackley’s conviction.

Ackley is accused of abusing the toddler, who was his girlfriend’s daughter, while the child’s mother was working. The girl suffered injuries to the head. Ackley was found guilty in April of 2012 on charges of first-degree child abuse and felony murder.

A news release issued by the law firm representing Ackley’s appeal claimed that there were no witnesses who saw Ackley abuse any child, and that their client was convicted based primarily on the prosecution’s expert witness testimony. Lawyers for the defense believe that Ackley would not have been convicted of murdering the toddler had the jury been presented with all of the evidence.

Now that the judge has ordered a new trial, it is believed prosecutors will challenge the judge’s ruling with the court of appeals.

The above story demonstrates that even when convicted of a serious crime, there are options. Clearly, the court of appeals supported the defendant’s claim that his constitutional right to a fair trial was violated, and his counsel ineffective. If Ackley does get a new trial, the outcome may be very different.

If you have been wrongly convicted of a crime or unfairly sentenced, all is not lost. Consult with an experienced Michigan criminal appeals lawyer who is skilled in this area of criminal law, and who has successfully represented clients appealing a sentence or conviction.