On August 31 two men, 33-year-old Alvin D. Conwell and 25-year-old Greg Owens, were allegedly involved in an argument outside a Detroit home located in the 14100 block of Rutherford. As the argument became heated, the two men engaged in a physical altercation that ultimately resulted in Owens being critically wounded, and a 12-year-old boy, Kenis Green, being shot to death. 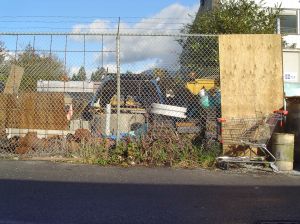 Conwell has now been charged with two counts of assault with intent to murder, first-degree premeditated murder, and committing a felony with a firearm.

According to a news article at the Huffington Post, the altercation between Conwell and Owens was fueled by jealousy over Conwell’s girlfriend, who the suspect believed Owens had been talking to. Conwell left the scene following the fight, but came back later in a car, driving by the home and firing at those who were outside.

Sunsearae Hall said that a family birthday party was being held inside the home, and some of the children (including her son Kenis) were outside playing when the shooting took place. Owens allegedly saw the vehicle approaching, and told the children to come inside. Most made it inside safely, but Kenis was struck in the head before he could make it inside. Owens himself was struck in the stomach, and taken to an area hospital in critical condition.

The birthday celebration was in honor of Willie Hall, Kenis’s uncle, who said that all of the kids had been allowed to stay up late and play video games because it was his birthday. The shooting took place at approximately 1 a.m. A news article at The Detroit Press says that the victim’s mother held Kenis as he took his last breath after attempting to run inside and close the door.

First-degree murder is one of the most serious charges anyone can face, and results in extremely serious penalties if convicted. The consequences are life-changing, as someone who is found guilty will face life in prison. To protect your legal rights and freedom, it is imperative that you consult with an aggressive and skilled Michigan criminal defense attorney right away.

It is important to note that being arrested or charged with a criminal offense does not indicate your guilt, nor is there a guarantee you will be convicted. In the U.S., the defendant is always innocent until proven guilty beyond a reasonable doubt. No matter how heinous or violent the offense may be, the odds of a better outcome are greatly increased with the help of a skilled defense lawyer.