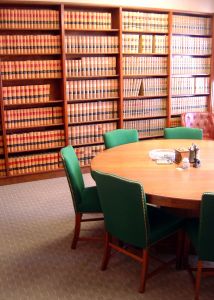 Ouedraogo allegedly conspired with Rami Saba, who was the alleged mastermind of the scheme designed to kill Dietz so that the two men could obtain $450,000 Dietz had in savings, according to a news article at Mlive.com. In May of 2011, Ouedraogo’s attorney requested that the judge either order a new trial for his client, or find him not guilty. In a 75-page document, Ouedraogo’s attorney Larry Willey claimed that the evidence against his client was insufficient for a conviction that carries a mandatory sentence of life in prison. Willey also alleged that in rebuttal closing arguments, some of the things said by the government were “flagrant acts of misconduct.”

In December of 2011, Ouedraogo was set free after a federal judge acquitted him of the kidnapping resulting in death charge. U.S. District Judge Janet Neff found that the evidence against the defendant was insufficient to support his conviction by a jury on the kidnapping charge and others. The judge said that most of the evidence in the case pointed to co-defendant Saba, that very little of what she called circumstantial evidence presented by the government implicated Ouedraogo.

Now, a federal appeals court has reversed the judge’s decision on conspiracy charges, although the Sixth Circuit Court of Appeals in Cincinnati did affirm the judge’s ruling on the kidnapping resulting in death charge. Neff had granted the defendant a new trial; that order was also reversed by the appeals panel. Ouedraogo’s case was remanded to Grand Rapids U.S. District Court by the appeals court for sentencing.

Michigan appellate law attorneys understand just how complex these types of cases can be. While the defendant won his freedom for nearly two years, it appears he may now be going back to prison.

If you have been wrongly convicted or unfairly sentenced, consult with an experienced Michigan criminal appeals lawyer who is highly skilled and knowledgeable in the appeals process.