We all know that children often become what they’re exposed to, whether they live

in high-crime areas, are the victims of abuse and neglect, or exposed to a substantial amount of crime/violence through television, video games, etc.  Thankfully, fighting crime through education, school programs, and providing support for troubled kids can help us build a future society of young people who instead of turning to crime can live productive, successful lives and hopefully avoid becoming a defendant in the criminal justice system.

Education is Our Future

Children today are tomorrow’s adults; what we must do is instill in kids that crime and violence are to be avoided.  This can begin at a very young age, and impact how our world will look 10 or 20 years from now in terms of crime rates.  An organization called Fight Crime: Invest in Kids supports anti-crime efforts and takes a close look at research regarding what we can all do to help ensure today’s kids don’t become tomorrow’s criminals.  The organization provides information that helps parents, police, and the general public understand what steps can be taken to improve kids’ lives and educate them about crime.

END_OF_DOCUMENT_TOKEN_TO_BE_REPLACED

On May 11, it was ordered by the U.S. Sixth Circuit Court of Appeals that a “meaningful and realistic opportunity for release” must be granted to all Michigan juvenile “lifers,” or those sentenced to life in prison without parole for crimes allegedly committed when these individuals were juveniles.  Currently, there are more than 364 individuals incarcerated in Michigan’s prisons who were sentenced to spend their entire lives there for crimes they committed as children.

In the case of Hill v. Snyder, the ruling by the Sixth Circuit follows two U.S. Supreme Court decisions that sentencing juveniles to life in prison without parole is unconstitutional (Miller v. Alabama); further, this punishment has been declared as “cruel and unusual punishment.”  The decision in the Miller v. Alabama case is retroactive to all juvenile lifers (Montgomery v. Louisiana).
END_OF_DOCUMENT_TOKEN_TO_BE_REPLACED

are a topic of intense focus.  In recent years, efforts have been made by state lawmakers to raise the age for juvenile crimes from 16 to 17, so that 17-year-olds would not face a much harsher adult criminal justice system with the exception of those who are accused of the most serious criminal offenses.  Unfortunately, Michigan is one of only nine states that allows those younger than 18 years old to be prosecuted as adults automatically.  Changes are hopefully coming, and as Rep. Harvey Santana, D-Detroit said in a news report concerning a 17-year-old who was convicted of murder last year, “the old mentality of locking prisoners up and throwing away the key isn’t working.”

Legislation to place individuals 17 and under into the juvenile justice system was recently unanimously approved by the House Criminal Justice Committee.  Essentially, 17-year-olds who have committed less serious crimes such as drug possession, shoplifting, DUI, or underage drinking would be placed in a system better designed for their needs, while those accused of armed robbery, sexual assault, murder, intent to commit murder, or arson would still face the adult system and possibly adult prison if convicted.
END_OF_DOCUMENT_TOKEN_TO_BE_REPLACED

As experienced Michigan criminal defense attorneys, we realize that juvenile crimes occur throughout the year, whether during summer months or while school is in session. However, considering the number of school shootings around the nation in recent years, it’s understandable that many parents become anxious and worried when a new school year begins. 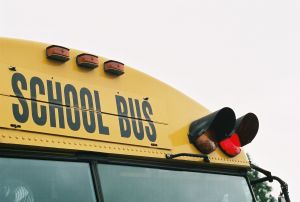 While the possibility that a student (or any juvenile, for that matter) could come inside one of Michigan’s schools and start shooting is certainly something to be concerned about, there are other juvenile crimes that are far more common, including drug offenses, assault and battery, and disorderly conduct. Bullying has become a huge problem across the nation as well. Parents should be concerned, but if you are the parent of a juvenile who commits a crime, it can be particularly stressful.

With the new school year just under way, it’s hard to judge how our state will fare in terms of juvenile crime for the 2013-2014 term. However, if you are concerned that your child may misbehave in some way or even participate in something illegal, there are warning signs which may indicate your child is at risk of juvenile delinquency. These signs include:

In the mid 1990s, zero tolerance policies became popular as part of the Gun Free School Act. Since that time, additional legislation has been adopted by Michigan which results in suspension for some offenses which do not involve firearms. While this legislation was meant to increase school safety, it has resulted in students (particularly African Americans, those with disabilities, and Latinos) being suspended or expelled for non-violent, minor offenses.

Later this month a statewide summit which focuses on Michigan’s school to prison pipeline will be hosted by the Department of Education, Department of Human Services, Chief Justice Robert Young, and Justice Mary Beth Kelly. This summit will be represented statewide in an effort to focus on how these issues can be controlled in each individual county.

END_OF_DOCUMENT_TOKEN_TO_BE_REPLACED

Two Detroit teens will face federal sentences for their alleged involvement in robbing two cell phone stores over the past year. 18-year-old Jesse Dismukes and 19-year-old David Lamont Holland now each face a mandatory minimum of 32 years behind bars for the robberies. 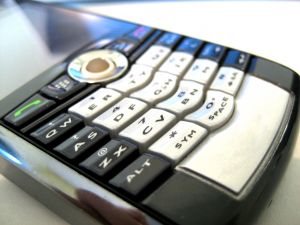 A news article at Mlive.com says that the teen boys may in some ways be “guinea pigs” for Detroit One, a new program launched in March that essentially merges many agencies from all levels to collaborate and fight crimes considered to be the “worst of the worst.” The agencies that have come together in this effort include the FBI, Michigan state police, Detroit police, Wayne County Sheriff’s Office, the U.S. Attorney’s Office, Bureau of Alcohol, Tobacco and Firearms, and the Wayne County Prosecutor’s Office.

It’s likely that if Holland and Dismukes had been tried at the state level in Wayne County Circuit Court, sentencing may not have been as severe.

Both Dismukes and Holland pleaded guilty to two counts of using or carrying a firearm during and in relation to a federal crime of violence, and two counts of robbery affecting interstate commerce. Dismukes allegedly robbed a Warren AT&T store on January 26 and an Eastpointe Radio Shack on December 1, using an AK-47 in commission of the crime. Holland admitted to robbing a Detroit T-Mobile store on December 7, and participated with Dismukes in the Radio Shack robbery.

Robert D. Foley III, FBI Special Agent in Charge, said that the convictions of the two teens will send a strong message that severe penalties await those who are considered dangerous criminals and who commit acts of violence.

Michigan federal crime attorneys understand the penalties handed down at the federal level are typically more severe than those at the state level. Considering the teens’ current ages and the fact that they will spend more than 30 years behind bars, their lives are essentially ruined.

END_OF_DOCUMENT_TOKEN_TO_BE_REPLACED

On Wednesday February 20, a man was found stabbed to death in an Oak Park Village apartment on Lansing’s southside. He was identified by Lansing police as 47-year-old Timothy Taylor. Police responded to the scene at approximately 2 a.m. following reports of a fight.

The death was being investigated as a homicide, although police initially had no suspects. Nearly one week later, public information officer Robert Merritt of the Lansing police announced that two persons of interest had been identified. The names of the suspects were not released due to the fact they are juveniles. Officials did say however that the juveniles are not from Lansing, according to a news report at the Lansing State Journal. As of February 26 the two juvenile suspects had not been arrested or charged, and Merritt declined to give a reason. He said only that, “I’m confident that we have the two players involved.”

Stuart Dunnings, Ingham County Prosecutor, stated that there was a personal relationship between his family and some of the individuals involved in the case; due to a conflict of interest, police said that Eaton County Prosecutor Jeff Sauter would handle the case.

Michigan juvenile crime attorneys understand that even individuals who are considered juveniles may face serious criminal penalties if convicted of a felony offense. In some instances, a juvenile charged with a particularly violent or serious crime may result in that individual being sentenced as an adult. Even though in most cases adolescents are tried in juvenile court and not labeled as criminals, prosecutors often attempt have individuals arrested for some crimes tried in adult court, which means harsher penalties.