According to a Cass County Drug Enforcement Team news release, four people have been arrested on multiple methamphetamine-related charges after narcotics investigators obtained search warrants and searched two homes, one in Calvin Township and one in Mason Township. 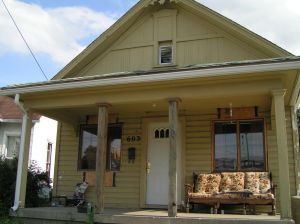 A news article at Mlive.com states that 42-year-old Bonita King and 41-year-old John Pillow who live at a home in the 69000 block of Cassopolis Road were arraigned on August 14 in 4th District Court. King has been charged with possession of methamphetamine. Pillow has been charged with possession of meth, maintaining a drug house, conspiracy to deliver methamphetamine, and conspiracy to manufacture methamphetamine. Both were lodged at the Cass County Jail. King’s bond was set at $15,000, Pillow’s at $40,000.

Although news reports do not indicate the amount of drugs involved, Michigan drug possession lawyers know that these types of offenses are punished severely in the state of Michigan. Methamphetamine is a Schedule II drug, defined as those substances or chemicals with a high potential for addiction or abuse. This means the penalties for those convicted will be extremely serious. In fact, an individual convicted of possessing more than 1,000 grams faces fines of up to $1,000,000 and possible life imprisonment.

Anyone who has been accused of possession, maintaining a drug house, or the manufacture or cultivation of marijuana, methamphetamine, cocaine, or other illicit substance or narcotic must obtain effective legal counsel immediately. Contact a capable and experienced Michigan drug crime attorney to protect your legal rights and future.